Action superstar Dwayne Johnson headlines Universal Pictures and Legendary’s epic action thriller Skyscraper. Director Rawson Marshall Thurber describes it as Die Hard meets Towering Inferno set in Hong Kong—a love letter to the action movies the director grew up watching. “I wanted to make a big movie that demands a big-screen experience, with the biggest movie star in the world driving every bit of it,” he says. 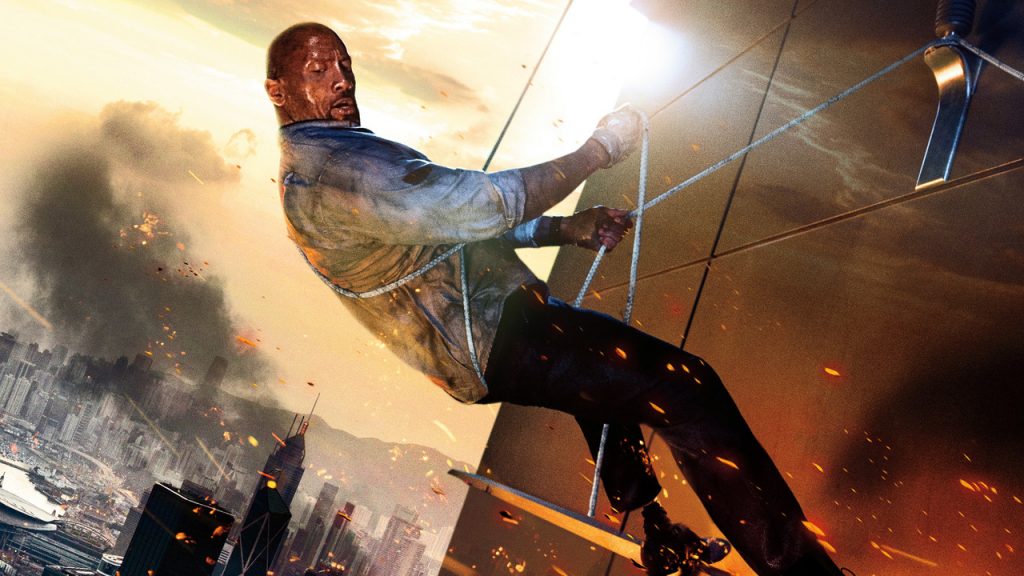 To that end, Thurber is proudest of the fact that his film isn’t based on a comic book; it’s not a reboot, remake, prequel or sequel. “Skyscraper is an original idea, one that guarantees the audience won’t know what’s going to happen next. I wanted to make something with Dwayne that audiences have to experience firsthand in the theater, and I’m so proud of what we’ve accomplished together.”

Johnson explains why he was drawn to the project, one he calls “easily, the most physically demanding role I’ve ever played.” He notes: “The number-one anchor with audiences all around the world is the bond of family. Regardless of race or culture or class or religion, the ideology of family is one everyone relates to. There’s something very visceral about a family being torn apart, and the parents doing everything they can to protect their young. That’s always been a special anchor for us in Skyscraper, and for us to explore this on the canvas of film makes it so relevant to people.”

It wasn’t just the premise, but the chance to work once again with collaborator Thurber that drew in the performer/producer. “Rawson is one of the very unique talents in Hollywood in that he is the sole writer and director of projects on a massive scale. All this all this comes out of his head and out of his brain. When he pitched me Skyscraper, I was in 100 percent. I felt like it was an amalgamation of Die Hard, The Towering Inferno and The Fugitive—Harrison Ford was already the inspiration for Will Sawyer.”

Of utmost importance to the filmmaker was for audiences finally to see Dwayne Johnson as a vulnerable hero. “We all know him as The Rock; we all know he can pick up a truck and throw it through a building,” laughs Thurber. “But that’s not what is most interesting about him as an actor and a person. I also don’t think that’s what audiences always relate to. People love Indiana Jones because he takes a punch, not because he can give a punch. He’s just a normal guy who is trying to survive the adventure. Dwayne and I wanted Will to be someone who barely survives the trials and tribulations he will be put through.”

As the director fleshed out the story, the stakes became even greater for Will. “The building is on fire, Sawyer’s family is trapped above the fire line, and he’s outside the building,” explains Thurber. “What’s more, he’s being framed for the fire. So he’s got to figure out how to get into the building to rescue his family, figure out who the bad guys are, stop them and clear his name and get out. All in one day.” As he wrote this film for Johnson, the filmmaker reflects: “I wanted to challenge Dwayne. I wanted to see him be vulnerable. I wanted him to see him think his way out of a problem instead of punch his way out…and I wanted to see him barely survive.”

“In today’s world, there are big superhero movies, big movies that are franchises and big commercial popcorn movies,” ends Johnson. “I know, because I make them. But what I also like about Skyscraper is we are a big summer movie; we’re fun, and we’re supposed to be. But there’s also something really gritty and down-and-dirty about it that sets it apart from everything else out there. I’m very proud of it.”

In cinemas July 11, Skyscraper is distributed in the Philippines by United International Pictures through Columbia Pictures.