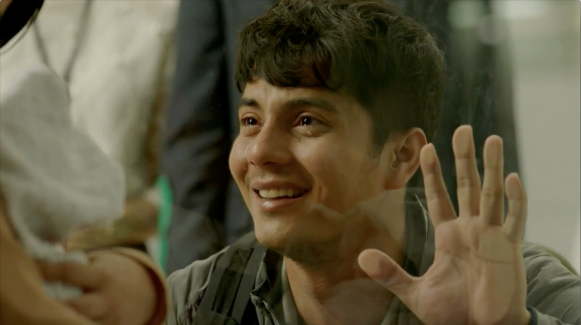 Kapamilya actor Ejay Falcon earned praises for his acting in his first international project, the Korean drama “Where Stars Land.”

Ejay Falcon plays a Filipino who is denied entry into Korea in the hit K-drama about workers at the Incheon Airport in South Korea.

Gigi Dimaano-Melodias, the general manager of Fan Girl Asia, the talent agency that recommended him for the role said the Korean production team from FNC Entertainment gave “great feedback on his performance.” According to her, “Ejay Falcon is perfect for it.”

Meanwhile, many people were moved by the touching meeting scene between Ejay and his wife, played by Lauren Young, who had to be separated by glass since Ejay could not pass into the country.

He was able to showcase the range of his acting skills from a fight scene with Korean star Lee Je Hoon to the heartbreaking dramatic moment with his wife.