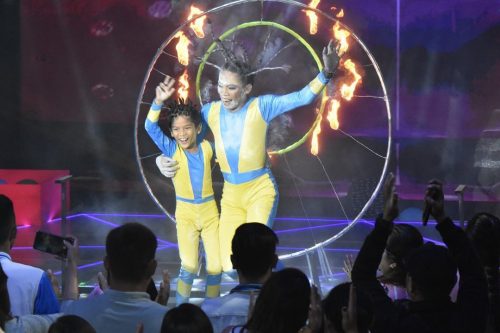 Elsa Droga and her brother Raprap were named as the first-ever “The Kid’s Choice” celebrity grand winner as they wowed the kiddie judges and viewers with their entertaining dance exhibitions last Sunday (November 4).

The tandem’s creative dance tricks were a hit among audiences nationwide as they bagged 69.53% of the total text votes. They also took home P500,000.00 as cash prize.

Elsa, who rose to popularity when she joined “It’s Showtime’s” “Miss Q and A” pageant, and Raprap initially failed to qualify for the grand finals but got their second chance after reentering the competition as a wildcard contender. 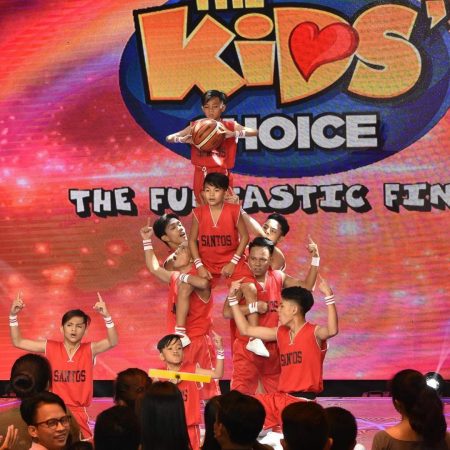 Meanwhile last Saturday (November 3), the Santos family were also hailed as champion with their death-defying stunts and dance routine. They got 26.92% of the total text votes and brought home P500,000.00 as cash prize.

The back-to-back finale last weekend won in national TV ratings as the show hit 24.8% last Saturday versus Vic Sotto and Maine Mendoza‘s “Daddy’s Gurl” (18.4%), according to data from Kantar Media. Viewers also tuned in last Sunday as it recorded 26.8%, compared to “Studio 7” (16.5%).