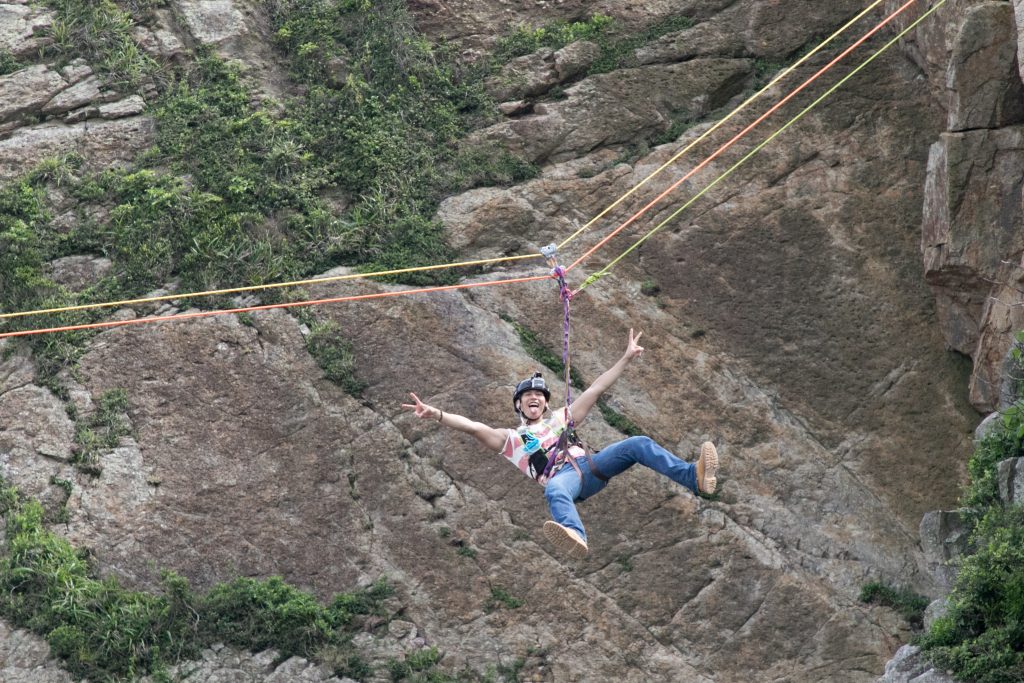 Enchong is one of four celebrities from Southeast Asia featured in the four-episode reality series. He brings along his good friend and actress, Ria Atayde, to explore the amazing contrasts of Hong Kong. As each other’s favorite adventure buddy, they are ready to push their boundaries in this exciting experience.

Enchong first came to prominence after scoring the lead role in the hit TV drama Katorse in 2009. His great acting in several supporting roles led to his quick rise to fame. In 2014, he started his music career and released his first single, Chinito Problems. Enchong has been nominated for several of his performances in TV shows and movies, and has already won 13 awards at the age of 29. Currently, he is starring in another hit TV series called Blood Sisters.

Ria is a Filipino actress and began her career in 2015. She is the daughter of veteran actress, Sylvia Sanchez, and the sister of actor, Arjo Atayde. Having grown up in showbiz, it was only natural for Ria to eventually appear on TV shows and movies. Ria has starred in hit TV shows including Ningningin 2015 and Maalaala Mo Kayain 2016, where she won the 2016 PMPC Star Awards for TV’s “Best Female New TV Personality” for the latter. She recently starred in a number of ABS-CBN shows this year, including Wansapanataym: Ofishially Yoursas Merlina.

“I’m so excited to join KIX’s Extreme Ends. I have no idea what they have planned, but I’m ready to push my boundaries on this trip. And who better to go on this trip with me than my good friend Ria, who is constantly pushing me to try out new things. I cannot wait to go on this eye-opening experience and explore the unknown sides of Hong Kong with her.” said Enchong.

Extreme Ends is a reality show featuring four celebrities and their special guests experiencing the many diverse sides of Hong Kong! In this original series, viewers get an entertaining glimpse into the relationship between the celebrities and their guests. At the same time, viewers will get to see new sides of Hong Kong they have never seen before. Each episode will feature a theme of extreme opposites, such as “fast vs. slow” or “high vs low”. These themes will showcase the fascinating contrasts, non-stop intensity and distinctively trendy attributes of Hong Kong.

In the Philippines, KIX is one of the Top 20 Pay TV channels in the country and the #1 regional English general entertainment channel in 2018-year-to-date.