Columbia Pictures‘ new horror-thriller “Insidious: The Last Key” takes audiences back to the beginnings of the Insidious franchise and to Elise’s haunted childhood. There, Elise (Lin Shaye) discovered she had supernatural powers, suffered cruelty at the hand of her father and discovered the place of pure evil known as The Further. 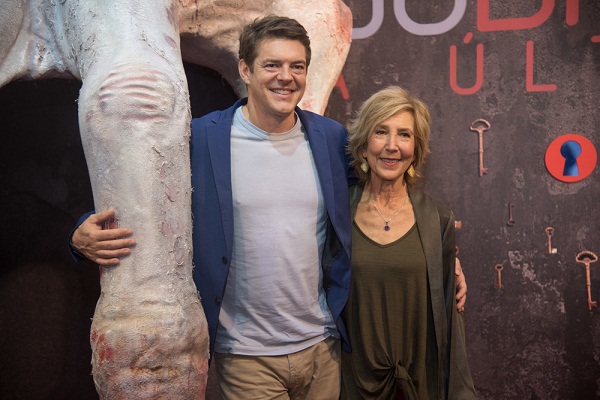 The popularity of the franchise always made the possibility of a fourth Insidious film intriguing to Blum, but the decision was also up to creators James Wan and Leigh Whannell. “How it usually works,” Blum offers, “is that I call Leigh [Whannell], and say, ‘We’d love to do another one.’ But I don’t force people, and I wouldn’t want to deal with anyone else unless they blessed it. Leigh had an idea about creating a film around Elise’s character for a long time, and we were all very committed to that.”

“We’ve made a lot of scary movies,” Blum continues, “and the hardest thing on a scary movie is for the actor who is communicating to the audience to be believable. No matter how you dress it up, in some way, they’re saying, ‘Ghosts are real. They exist. They’re scary.’ No matter how good the writing is God bless Leigh Whannell it’s hard to deliver those lines and believe them. And Lin is incredibly good at saying things that make no sense, and making them feel like they make complete sense.” 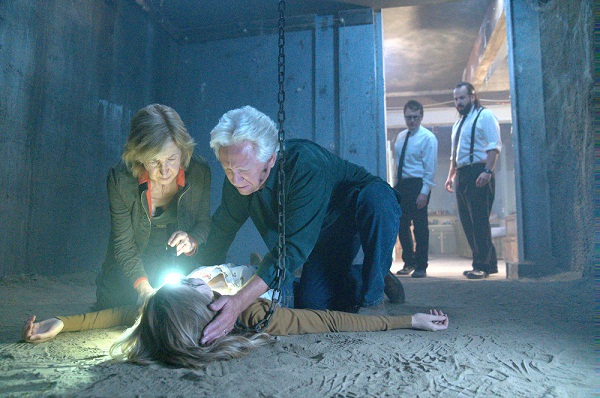 Lin Shaye is joined by the returning Angus Sampson as Tucker and Leigh Whannell as Specs. They welcome to the cast Josh Stewart as Gerald Rainier, Caitlin Gerard as Imogen, Kirk Acevedo as Ted, , Bruce Davison as Christian, Spencer Locke as Melissa, Tessa Ferrer as Audrey, Ava Kolker as Young Elise, Hana Hayes as Elise as a teen, and Marcus Henderson as Detective Whitfield.