Disney fans in the Philippines can now enjoy their favorite Disney content everywhere they go. Globe Telecom, together with The Walt Disney Company Southeast Asia, today introduced DisneyLife: The World of Disney in One App.

Through Globe Telecom, DisneyLife makes its first release in Asia. Disney fans can enjoy over 350 movies from Disney, Pixar, Marvel and Star Wars; more than 5,000 kids’ TV episodes; and over 6,000 music tracks, all in one app. Fans of all ages can access the best of Disney’s world-class stories at their fingertips and enjoy shorts, behind the scenes and other exclusive content on-the-go. In addition, all content on DisneyLife can be downloaded and enjoyed for offline viewing and listening. 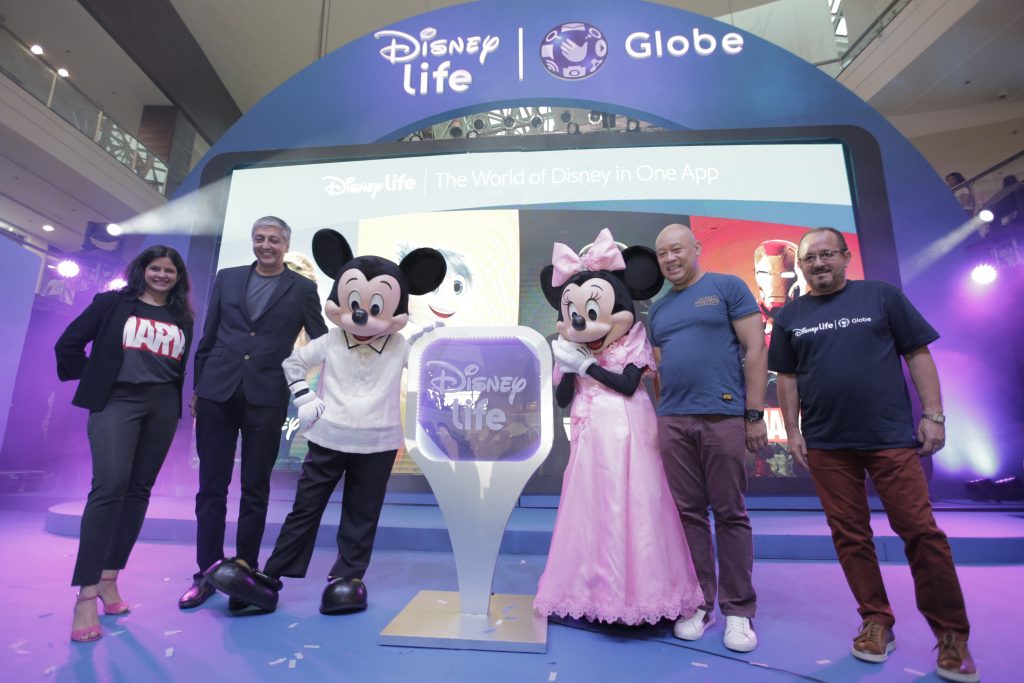 “In the three years we’ve been working with Disney we’ve provided our audiences many unique and innovative entertainment experiences. Today we are launching the first complete entertainment app in Philippines that carries movies, TV series, and music from the world’s biggest family entertainment company. The DisneyLife app will super-serve Filipinos with entertainment when they want it, where they want it,” said Ernest Cu, President and CEO of Globe.

“DisneyLife is a unique digital content offering for fans of Disney, Pixar, Marvel and Star Wars in the Philippines. Globe Telecom has been a valuable partner in our endeavor to be a part of the everyday lives of Filipino kids and families,” said Mahesh Samat, EVP and Managing Director, The Walt Disney Company South Asia.

DisneyLife offers fan-favorite stories, characters and music from memorable Disney movies and television shows over the decades. Fans can look forward to heartwarming moments from classic Disney animation films like The Lion King, Disney•Pixar classics like The Incredibles, and Star Wars journeys like Star Wars: The Return of the Jedi whether they are at home or on the go. In its first year, DisneyLife will also carry the top grossing movies of all time in the Philippines – Marvel Studios’ Avengers: Age of Ultron, The Avengers, and Iron Man 3.

Kids and families can enjoy new episodes of their favorite Disney television series first on DisneyLife. These episodes and the classics can be streamed from the biggest library of Disney Kids’ TV series including favorites such as Disney Channel’s Big Hero 6 and Tangled; Disney Junior’s Mickey and the Roadster Racers; and Disney XD’s Spider-Man and Star Wars Rebels.

DisneyLife users will have access to an extensive library of soundtracks from Disney movies’ and TV series’. Through the magic of music, fans of all ages can wander the seas with Moana, feel empowered with Frozen, and enjoy family moments with Coco.

Apart from mobile and broadband offerings, Globe now offers consumers DisneyLife for a monthly subscription of P149. With each subscription, consumers can create 6 accounts, register up to 10 gadgets, and use the DisneyLife app simultaneously across four devices.

Team Orange 01 Mar 2021 0 comments
Summer’s coming, and that means the heat is turning up. If there’s anything Filipinos know how to do, it’s definitely finding ways to cool down when the temperature is rising,…