Sta. Rosa City is aggressive as ever as it continues to attract local and foreign investors, tourists, businesses and residents who want to take advantage of the fast-growing potential of the city. Greenfield Development Corporation has been a key partner of the city in transforming this sleepy rural town into a vibrant urban paradise south of Metro Manila. 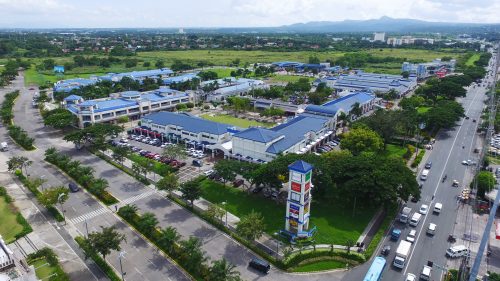 Greenfield’s Paseo Outlets is the first outlet shopping hub in the country that helped put Sta. Rosa on the radar of urban dwellers.

The City of Sta. Rosa is one of the fastest growing economic hubs in the Philippines. It took the municipality just seven years to rise from a fourth-class municipality and become a first-class town in 1993. Ten years later, with the implementation Republic Act No. 9264, Sta. Rosa officially became the 101st city in the country. In 2013, Sta. Rosa City grossed Php 2.3 billion, surpassing Calamba City and was hailed as the richest city in Southern Luzon in terms of annual income, according to the 2013 Commission on Audit’s Annual Report.

Like the agile, aggressive but prudent king of the jungle, Sta. Rosa City in Laguna claimed its title the Lion City South of Luzon and proved its economic potential as the next business district outside of the NCR. With its vibrant economy, booming real estate developments and world-class leisure and entertainment destinations, Sta. Rosa is roaring with pride. 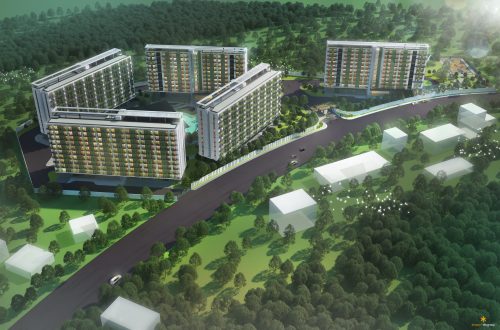 Artist’s perspective of Zadia, which is touted to be a luxuriant metropolis built with a “Greenspiration” lifestyle.

The developer envisioned Sta. Rosa to be a premier urban center. As early as 1991, Greenfield has been influential in setting the stage for Sta. Rosa’s rise as an economic leader in CALABARZON. Greenfield stepped up its development with the Paseo Outlets. The first outlet shopping hub in the country put Sta. Rosa on the radar of urban dwellers seeking for alternative destinations for a weekend getaway.

This catapulted more developments in response to the growing needs for commercial and office spaces. The Laguna Central, a 10,000-sqm mall and the Arcadia, a three-story commercial building opened in the later years.

Greenfield shared the city government’s drive for economic leadership. This led to the establishment of Greenfield Auto Park, a 65-hectare ecozone, and the Sta. Rosa Business Park, a 20-hectare mixed-use property with advanced communication infrastructure that now hosts healthcare facilities and offices for multinational corporations. These early developments form part of the 400-hectare master-planned community, the Greenfield City that transformed an agricultural land into an urban masterpiece. Known as the “city within a park”, this township encapsulates the developer’s vision of creating a modern, future-ready homes and communities that complement the nature-rich landscape of Sta. Rosa. 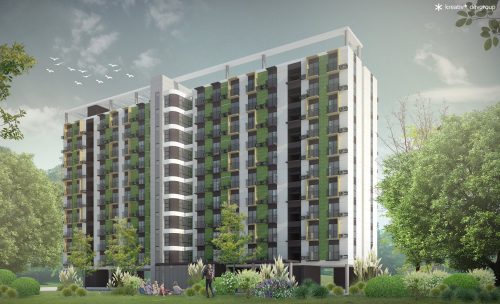 Artist’s perspective of Zadia, which is touted to be a luxuriant metropolis built with a “Greenspiration” lifestyle.

Several factors contribute to the remarkable economic growth of the Lion City of South Luzon, with Greenfield working tediously to spearhead these efforts. The city government initiated a computerization project to enhance revenue collection, promote transparency and improve government transactions. One by one, multinational corporations flocked to Sta. Rosa City and established their headquarters in the area. Sta. Rosa also took advantage of the booming BPO industry and provided facilities for the outsourcing sector to look outside of Metro Manila and choose Sta. Rosa as their hub. It is home to four PEZA-accredited economic zones, namely Laguna Technopark, Inc., Greenfield Auto Park, Santa Rosa IT Park and the Toyota Special Economic Zone.

Sta. Rosa City also hosts the biggest car manufacturers in the country – Toyota Motors Philippines, Honda Cars Philippines, Ford Group Philippines, Nissan Motors Philippines, and Mitsubishi, most of which call Greenfield City their home. Together, these companies account to 95 percent of the country’s total automotive production. Aside from these developments, Sta. Rosa is also home to world-class theme park, Enchanted Kingdom and premiere golf course, Sta. Elena Golf Club. Integral to this thriving economy is the presence of master-planned communities that offer residents peace, convenience and luxury, such as the “city within a park” Greenfield City. 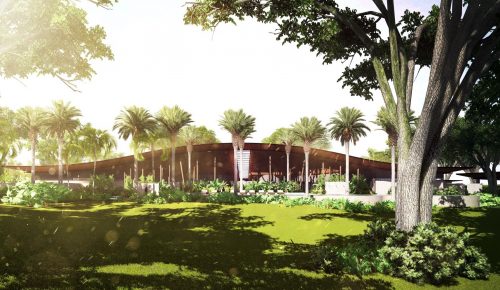 In the last two decades, Greenfield built shopping malls, office buildings, business hubs, industrial estates and sprawling communities; but they are just getting started. The recent launches of two residential developments, Zadia and Trava, aim to provide homebuyers with more investment options and help them see Sta. Rosa City as a haven for their family.

Zadia, a five-building, mid-rise condominium, will be a luxuriant metropolis built with a Greenspiration lifestyle. Residents can enjoy luxurious urban paradise whether indoor or outdoor. They will wake up every day with renewed vitality thanks to the lush landscape, vibrant environment and green architecture that surrounds them. Located at the heart of Greenfield City, Zadia residents will have access to modern facilities, active city life, lifestyle establishments and sprawling open spaces. In line with Greenfield’s concept of future-ready homes, its newest development, the Trava, redefines green and sustainable living as the new luxury. The 31-hectare horizontal development will be Greenfield’s legacy in Sta. Rosa. This high-end residential project features two-story eco-friendly homes, outstanding facilities and amenities that integrates the distinct suburban lifestyle and modern luxury living. 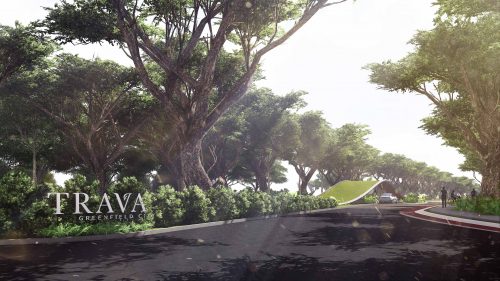 Greenfield also invested in the City’s infrastructure by building the alternate route of Eton-Greenfield Interchange in Malitlit town, as well as the Greenfield City-Unilab (formerly Mamplasan) and Sta. Rosa interchanges. With road infrastructure in place, more projects in the pipeline, Greenfield City is clearly poised to drive economic growth to Sta. Rosa City and provide innovative developments that will stand the test of time and provide economic value for families and stakeholders.