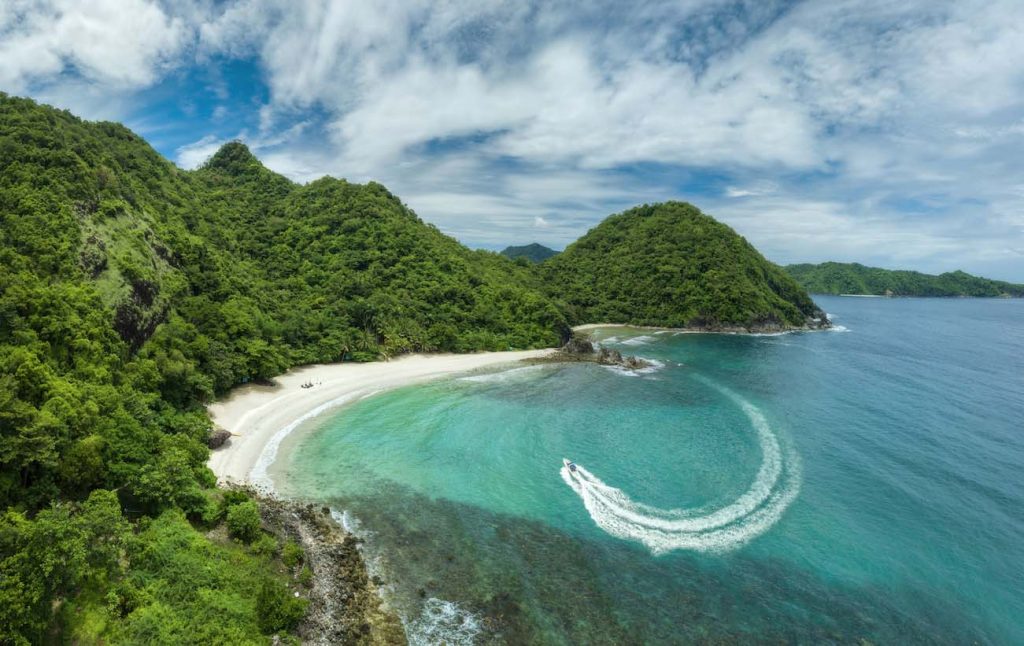 Santelmo Cove is one of Hamilo Coast’s marine protected areas (MPAs) and is considered as the main marine sanctuary where vibrant marine life thrive.

The Philippines ranks third in plastic pollution in terms of dumping plastic into our oceans. This is largely caused by inefficient waste disposal in the country and poor awareness of the problem. Because of this, the World Wide Fund for Nature (WWF) Philippines, has been closely involved in coastal cleanups and other initiatives around the country to instill the importance of tackling this issue.

On its 11th landmark year, Hamilo Coast and WWF-Philippines’ partnership now stands firmly on environmental programs aimed at not just ending plastic pollution but also at preserving its surrounding nature. Hamilo Coast, with the help of WWF-Philippines, has gone way beyond annual coastal cleanups and has carefully planted sustainability within its day to day operations.

Warriors of the Waters

Acknowledging that everything that happens on the ridge has a direct effect on the reef, WWF-Philippines and Hamilo Coast continue to implement programs for its Ridge to Reef Management. This includes the declaration of Hamilo Coast’s three coves into Marine Protected Areas (MPAs) – Pico de Loro and Etayo coves, and Hamilo Coast’s main marine sanctuary, Santelmo Cove, where giant clams are being cultivated and a vibrant marine life thrive. Ongoing projects to protect coastal and terrestrial resources include mangrove reforestation, pawikan conservation, marine mammal rescue, and reef monitoring. 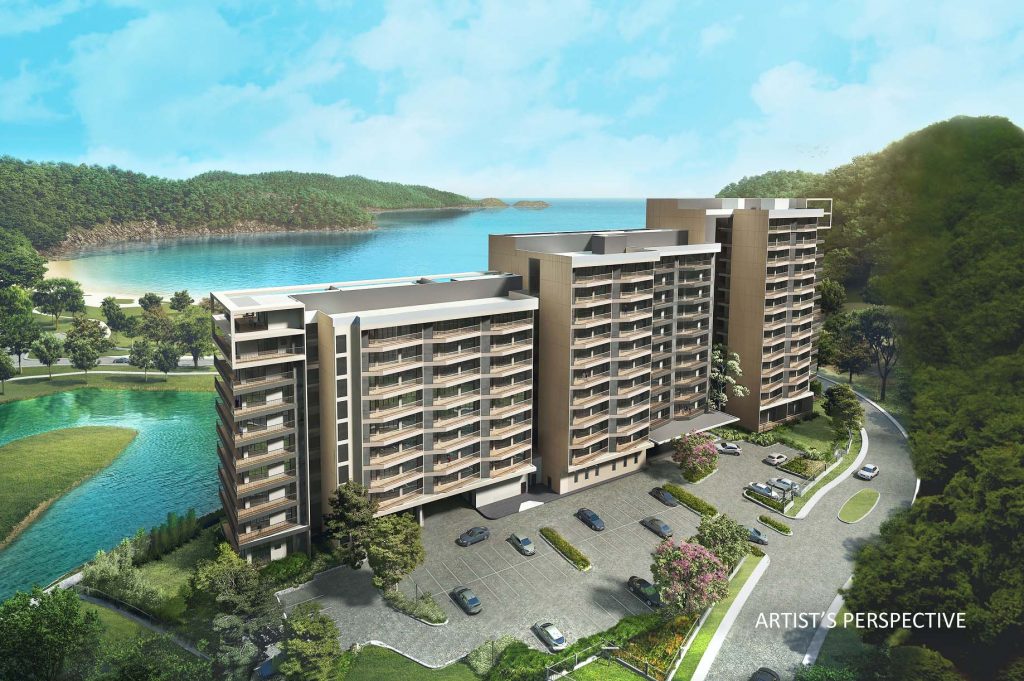 From Solid Waste to Zero Waste

With efforts to keep the property and surroundings clean and green, WWF-Philippines developed a solid waste management plan for Pico de Loro Cove at Hamilo Coast, including a vermicomposting site aimed at attaining zero green wastes to be sent to landfill.

Early this 2018, Pico de Loro Beach and Country Club and Pico Sands Hotel shifted a few of its operations to become more environmental friendly. The use of plastics have been replaced with paper straws and cups, good grade stirrers, and takeaway packs, which will eradicate the dumping of non-biodegradable waste of 180,000 plastic straws and 27,000 plastic stirrers annually.

The Club and Hotel also partnered with WWF-Philippines in implementing a food waste management system, an initiative aimed at urging staff, members, and guests to be more conscious about food resources and waste. With leftover rice noted as one of the highest food waste contributor in the property, the restaurants’ menus now offer rice separately, also considering diners who are non-rice eaters. A campaign to encourage guests to only get the food they can consume in a buffet was also launched in the middle of the year.

Keeping a resort development clean involves maximum effort. Water quality is regularly tested and monitored while waste water from the different locators within Pico de Loro Cove at Hamilo Coast are processed and recycled to keep the lush landscapes clean and green. 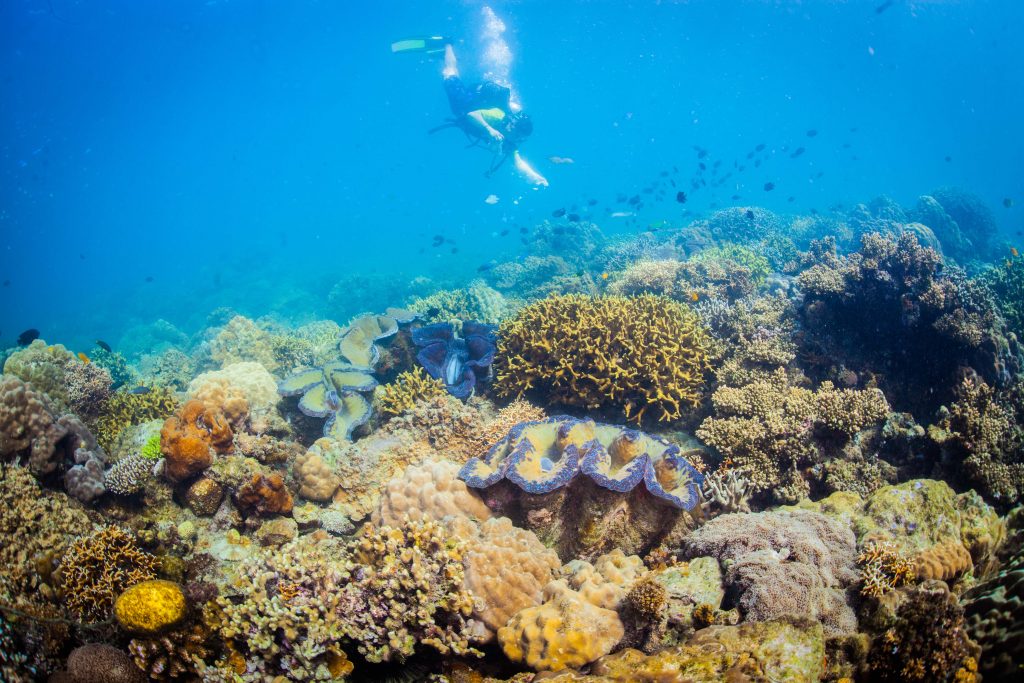 A vibrant underwater life, which includes giant clams, corals, and fish, can be found at Santelmo Cove in Hamilo Coast.

Living in Harmony with Nature

Green building strategies were carefully considered in Pico de Loro Cove’s latest luxury beach condominium development, Freia. This mid-rise contemporary tropical condominium building, which offers a spectacular panorama of the sea and verdant mountains, takes pride in its features that allow sustainable green living and consider cost-efficient operations. For instance, natural lighting and ventilation was considered in the building design and solar energy will be used for certain common areas. An efficient waste management system will also ensure reduced carbon footprints on the part of the residential community, thus promising a lifestyle that is not just close to nature but is one with its surrounding environmental bounties.

Through the years, Hamilo Coast continues to champion sustainable practices through luxury seaside living at par with environmental awareness. Achievements and recognitions, such as its Bronze Benchmark Status from Earth Check in 2015 and 2017, and its exemplary practice on solid waste management given by the Department of Natural Resource’s Annual Environmental Summit in 2017, proves Hamilo Coast is not just a destination, but is also becoming a premier sustainable beach resort community.