This internationally acclaimed Singapore-based restaurant promises to rock the Philippines with its gloriously delicious dishes, especially its soya chicken rice. 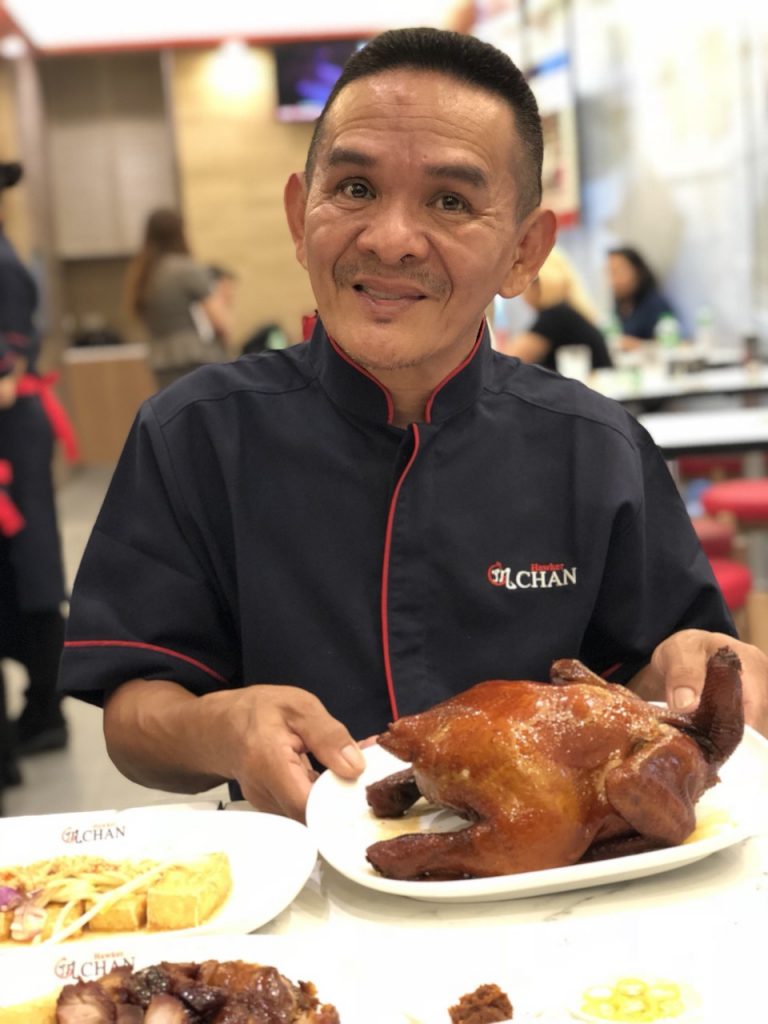 Hawker Chan’s global popularity belies its humble beginnings. The restaurant was founded by Malaysian Chef Chan Hong Meng, the son of a farmer, who flew to Singapore in the 1980s and trained under a Hong Kong chef. It was under his mentor’s guidance that he learned to prepare the now famous Singapore Soya Sauce Chicken and Noodle.

In 2009, Chan Hong Mong opened a small store at the Chinatown Complex, the largest open-air hawker centre in Singapore, where he served soya sauce Chicken rice – a dish that quickly caught the imagination of diners across Singapore. Through the years, Chan Hong Mong painstakingly refined his recipe, to the delight of diners who lined up hours on end at the stall.

In July of 2016, Michelin’s Singapore Guide debuted and among those recognized was Hawker Chan, making it the cheapest Michelin-starred restaurant in the world. Just this month, Liao Fan Hawker Chan at 78 Smith Street in Singapore was among the 50 restaurants included in the 2018 Bib Gourmand Awards, which recognizes eateries with menu items that cost no more than S$45, for their value for money. 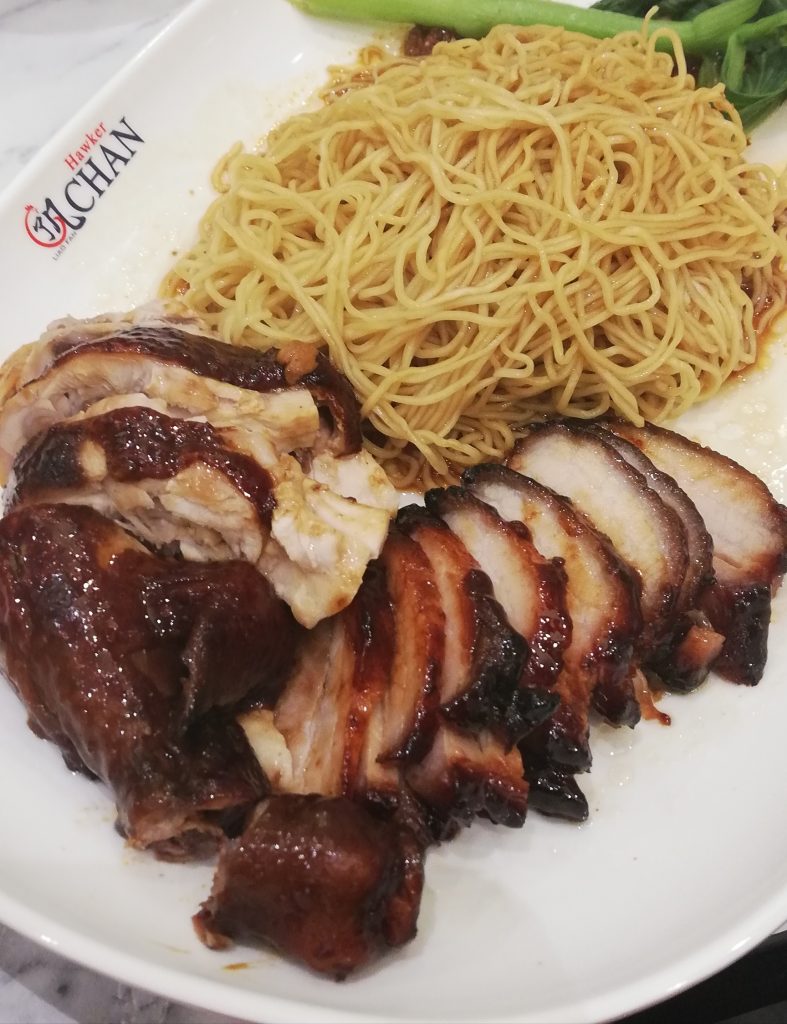 As Hawker Chan opens its doors at SM Mall of Asia in the Philippines, Filipinos can look forward to the same mouthwatering dishes that have captivated people across the region. Thanks to Foodee Global Concepts, the industry maverick that has transformed the Filipino dining scene with groundbreaking offerings such as the Michelin-starred Tim Ho Wan, FOO’D By Davide Oldani, Tsuta Japanese Soba Noodles and Llaollao’s unique Spanish frozen yogurt. Pinoys can look forward to the best tasting dishes. That’s because Foodee Global Concepts recognized Filipinos’ love and curiosity for food, and responded by bringing to the country the offerings of top-rated restaurants that have won the hearts of people around the world. 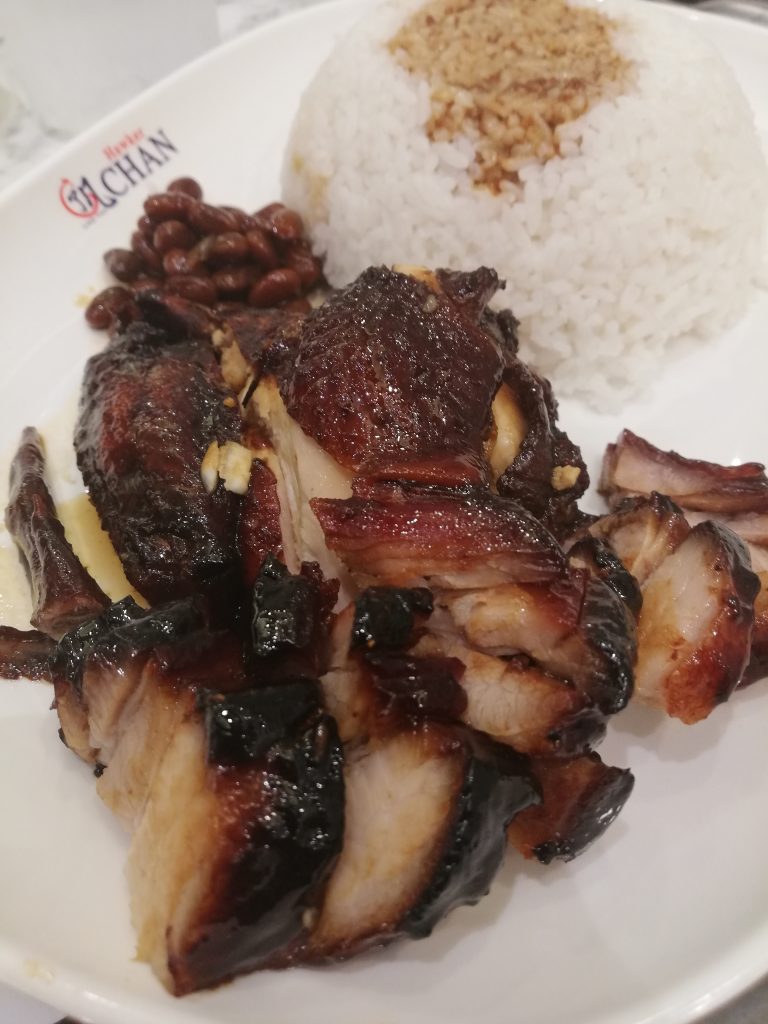 Among the dishes that diners can look forward to at Hawker Chan Manila are its signature combination platter of char siew, roasted pork, and pork rib, and the whole chicken platter. What makes this even more exciting is that these dishes are priced to be extremely pocket-friendly. On the average, the price range per dish is only PHP 100.00 to 150.00!

“We’ve seen how Filipinos try to visit the top-rated restaurants whenever they travel, so we thought why not bring these restaurants to the country? Since Pinoys love to visit Hawker Chan in Singapore, we thought we’d bring it here, and offer the same combination of great food and affordable luxury to them,” said FOODEE Global Concepts CEO, Mr. Rikki Dee.
Located at the Ground Floor, Entertainment Mall at SM Mall of Asia Complex, the restaurant seats 86 and is perfect for those who want a great, affordably-priced, hearty meal.

With Hawker Chan now in Manila, roast-loving Pinoys have never had it so good!