Jed Madela normally celebrates his showbiz anniversary in style, and this year is no different as he marks his fifteenth year in the industry with his first-ever solo concert at the Araneta Coliseum with “Higher than High: the 15th Anniversary Concert” happening on November 16, Friday, at 8:00 PM.

“It has always been the dream of every artist to stand onstage and scream ‘Good evening, Araneta!’ I’m very excited and nervous at the same time. Excited that finally, I will be performing solo in the Big Dome and nervous because there’s a lot of pressure on me now to fill its seats,” he said. 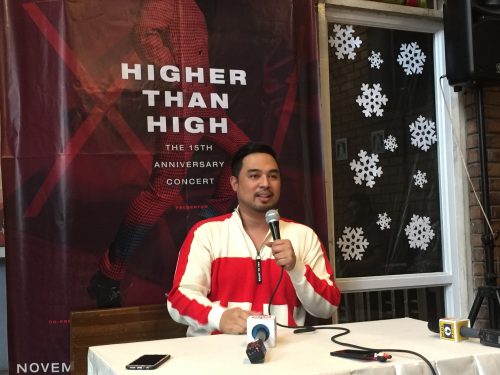 According to Jed, his manager thought of the concert’s title. “She came up with it based on what audiences expect from me whenever I’m onstage—which is sing big songs that require me to belt to the heavens. . . . but more than me doing songs like that, my main goal as far as this concert is concerned is to take the audience to the next level.”

Jed and his team began conceptualizing the show early this year. He is proud of the show and says they pulled out all the stops to ensure that “Higher than High: the 15th Anniversary Concert” will be one for the books.

“We worked really hard on all the numbers, especially the opening,” he shared. “I don’t want to spoil the surprise, but I will say that the show starts the moment you step into the venue.”

Jed shared that the show is dedicated to those who have supported him and his dreams since the beginning—from the release of “I’ll Be Around,” his first album, to his star turn at the 2005 World Championships of Performing Arts, to his current status as one of OPM’s greats.

“I am so full of gratitude to everyone who has been with me since day one. The ones who never left me. I may not have a horde of screaming fans, but I know that I have supporters who quietly support me in their own little way. Knowing that I’ve touched their lives is enough for me. As long as there are people who are willing to listen to me sing, I will keep singing.” 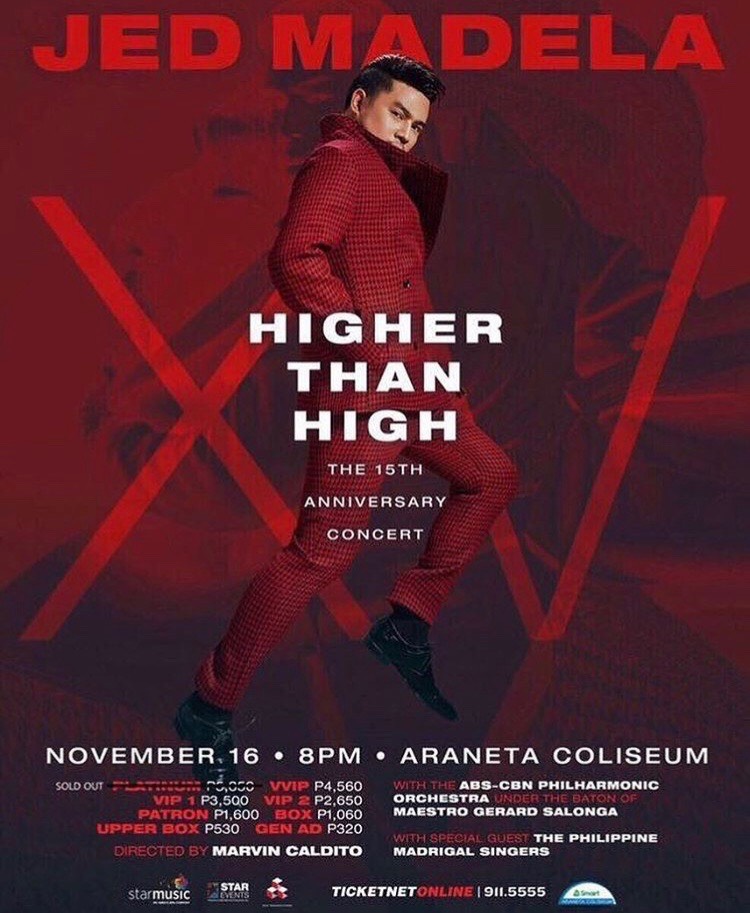 “Higher than High: the 15th Anniversary Concert” is directed by Marvin Caldito. Jed is set to perform with the ABS-CBN Philharmonic Orchestra—under the baton of Maestro Gerard Salonga—and the Philippine Madrigal Singers.