The Hollywood Foreign Press Association (HFPA) announced that Golden Globe winner and four-time nominee Jeff Bridges will be honored with the 2019 Cecil B. deMille Award at the 76th Annual Golden Globe Awards on Monday, January 7, 2019.

The highly-acclaimed actor of such legendary films as Crazy Heart, The Big Lebowski, True Grit and The Fabulous Baker Boys will accept the honor at the awards ceremony, hosted by Sandra Oh and Andy Samberg, and airing LIVE on Blue Ant Entertainment on Monday, 7 January at 8:00AM from The Beverly Hilton.

HFPA President Meher Tatna stated, “The Hollywood Foreign Press Association is delighted to bestow the 2019 Cecil B. deMille Award on Jeff Bridges. Bridges’ brilliant body of work across diverse genres has captured the hearts and minds of audiences worldwide for more than six decades. We look forward to celebrating “the Dude” and his remarkable career and philanthropic achievements at the upcoming Golden Globe Awards.”

Chosen by the HFPA Board of Directors, the Cecil B. deMille Award is given annually to a talented individual who has made a lasting impact on the world of entertainment. Honorees over the decades include George Clooney, Robert De Niro, Audrey Hepburn, Harrison Ford, Jodie Foster, Sophia Loren, Sidney Poitier, Martin Scorsese, Steven Spielberg, Meryl Streep, Barbra Streisand, Denzel Washington, Robin Williams, Oprah Winfrey, and many more. 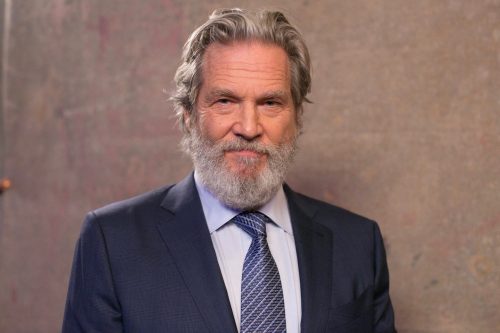 Jeff Bridges’ moving and multi-layered performances have earned him countless accolades including a Golden Globe win for his performance in “Crazy Heart.”

Through Bridges’ company, AsIs Productions, he produced “Hidden in America,” which received a Golden Globe nomination in 1996 for Best Miniseries or Motion Picture Made for Television.

Bridges most recently appeared in 20th Century Fox’s mystery thriller “Bad Times at the El Royale” starring Chris Hemsworth, Jon Hamm and Dakota Johnson. Additionally, Bridges can be seen in “Living in The Future’s Past,” a documentary directed by Susan Kucera that focuses on current environmental challenges.

In 1983, Bridges founded the End Hunger Network, a nonprofit organization dedicated to feeding children around the world. Bridges produced “End Hunger,” a three-hour live television broadcast focusing on world hunger which featured Gregory Peck, Jack Lemmon, Burt Lancaster, Bob Newhart, Kenny Loggins and other leading film, television and music stars in an innovative production to educate and inspire action. He is currently the national spokesman for the Share Our Strength/No Kid Hungry campaign that is fighting to end childhood hunger in America.