Two-time Oscar nominee Jeremy Renner (“Arrival,” “Avengers” films) stars in New Line Cinema’s comedy “Tag” as Jerry, the undefeated player in a game of tag that friends have been playing since they were little kids.

“I thought it was awesome that there are guys who really do this in real life,” says Renner. “The script was hysterical, but it also attracted me because it was about friendship lasting in perpetuity. I’ve moved around a lot, so I think having continuity from your past is really important. I’m a big believer in holding on to things that matter; if you value something, it sometimes takes great effort to keep it.” 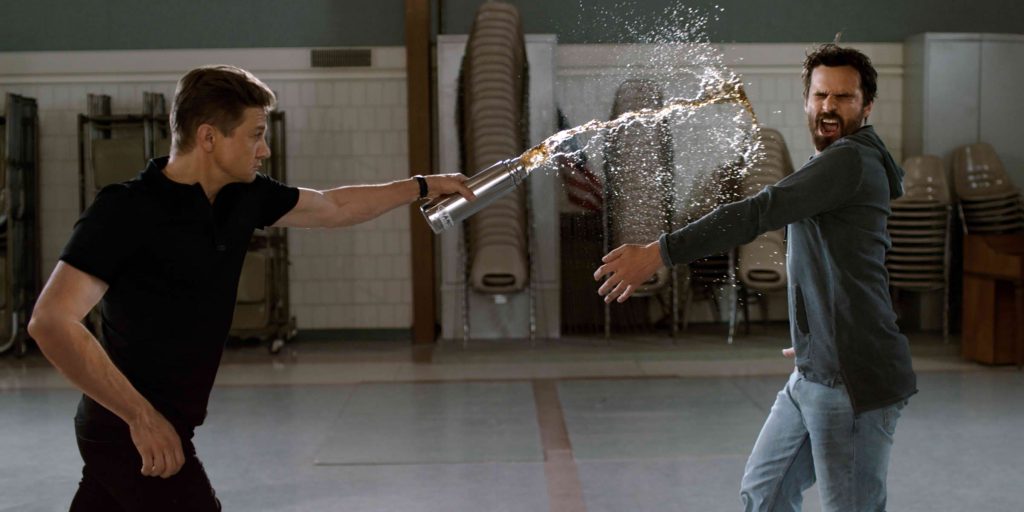 In New Line Cinema’s “Tag,” five guys—despite age, geography, and adult circumstances like jobs, illness, marriage and children—manage to keep playing. For the entire month of May every year, no matter what is on their plate, they revert to the antics that consumed them in grade school, when they first started chasing each other on the playground. Against all odds, they keep in touch. Letting themselves have fun and be childlike together, even if only once a year, actually makes them better friends and more responsible adults.

This year Jerry is getting married on the very last day in May, and there are only 63 hours left on the clock for the guys to tag him. And what could be more humiliating than getting tagged at your own wedding? With his fiancée determined to have a May wedding, Jerry doesn’t even send his friends an invitation—he knows they’re coming. And the guys believe this is their last great chance to tag him. They can’t let Jerry retire without ever being “it,” and lord that over them the rest of their lives. Hoagie, the leader of the group, isn’t going to take that lying down.

Renner describes Jerry, who owns a fitness gym, as “an overachiever, probably too competitive in everything that he does. He’s very physical and athletic—a type A personality—but also has a wonderful jovial air to him. And even though he totally dominates the other guys, there’s no malice; he has a great sense of fun and enjoys the game.”

There may be no malice, but there is an intensity that is a little scary. “He’s super happy, and then suddenly it’s a totally serious game face,” he continues. “That polar aspect is what attracted me most to the character and it’s been great to explore that…it also makes him the most dangerous tag player around.”

“Jerry is the invincible, untouchable opponent. He’s lightning fast, he’s smarter than them, he’s cooler than them, and he seems to have powers beyond human capability in the game,” says director Jeff Tomsic. “But he’s also really sort of lonely and misses these guys he’s been working so hard to run away from all these years, and Jeremy was able to convey all of that at once.”

The harder the other guys have tried to keep the game going and them together, the more Jerry has sprinted in the opposite direction. Always trying to win, both have lost sight of the point of the game: it isn’t about winning, it’s about playing.