HOOQ, the largest Video on Demand service in Southeast Asia, renewed its partnership agreement with ABS-CBN.  The new agreement will give HOOQ subscribers access to more Kapamilya blockbuster movies and shows, including the latest hit drama Halik within 24 hours of its airing.

2018’s most talked about drama Halik is a romantic drama starring Jericho Rosales, Sam Milby, Yen Santos, and Yam Concepcion. It tells the story of two married couples and how their lives become intertwined. The show, which premiered on Aug 24th, is the first ABS-CBN series with catch up episodes available on HOOQ and has become one of the most watched shows on the platform.

With the release of Dolce Amore earlier this month, Kapamilyas are in for a treat as HOOQ will soon be offering all-time favorites FPJ: Ang Probinsyano, La Luna Sangre, Wildflower, and so many others for the first time. 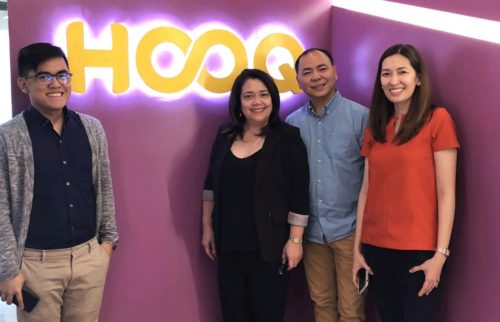 Sheila Paul, HOOQ Philippines Country Manager said, “We are so happy to bring more of ABS-CBN’s blockbuster movies and TV shows to HOOQ.  We remain committed to delivering the best Pinoy content to our subscribers, continuing to enrich our content catalog with the widest collection of local hits of any video-on-demand service.”

Jeffrey Remigio, Content and Programming Head at HOOQ Philippines, said, “Aside from TV shows, HOOQ subscribers can also catch blockbuster films such as Vince, Kath & James, My Ex and Whys, and A Second Chance. This is in addition to the remastered classics that will be shown on HOOQ – titles like Himala, Sana Maulit Muli, and Oro Plata Mata.”

Macie Imperial, ABS-CBN’s VP for Integrated Program Acquisitions and International Distribution shared, “We are very excited to renew our partnership with HOOQ for another three years. This partnership is a strong global collaboration to continue to share ABS-CBN’s leading TV shows and blockbuster movies not only to Filipino viewers but to the rest of Southeast Asia as well.”

HOOQ customers can now access their favorite ABS-CBN titles on HOOQ from PHP59. This weekly pricing allows for more Filipinos to enjoy the service and enjoy a mobile-first experience where they can watch the first episode of all TV series for free. At the same time, customers can take advantage of the download function, which enables subscribers to download up to 10 titles onto their mobile devices to watch offline without an internet connection.