Australian actress Katherine Langford has garnered global recognition and critical acclaim as ‘Hannah Baker’ in Netflix series “13 Reasons Why” which became a worldwide phenomenon shortly after its 2017 release on the global platform.

Katherine plays Leah, best friend to her secretly gay friend whom she also has feelings for in her latest, most talked about movie within the young adult sphere “Love, Simon” that also stars Nick Robinson in the title role along with Jennifer Garner, Josh Duhamel, Alexandra Shipp, Logan Miller, Jorge Lendeborg Jr. and Keiynan Lonsdale. 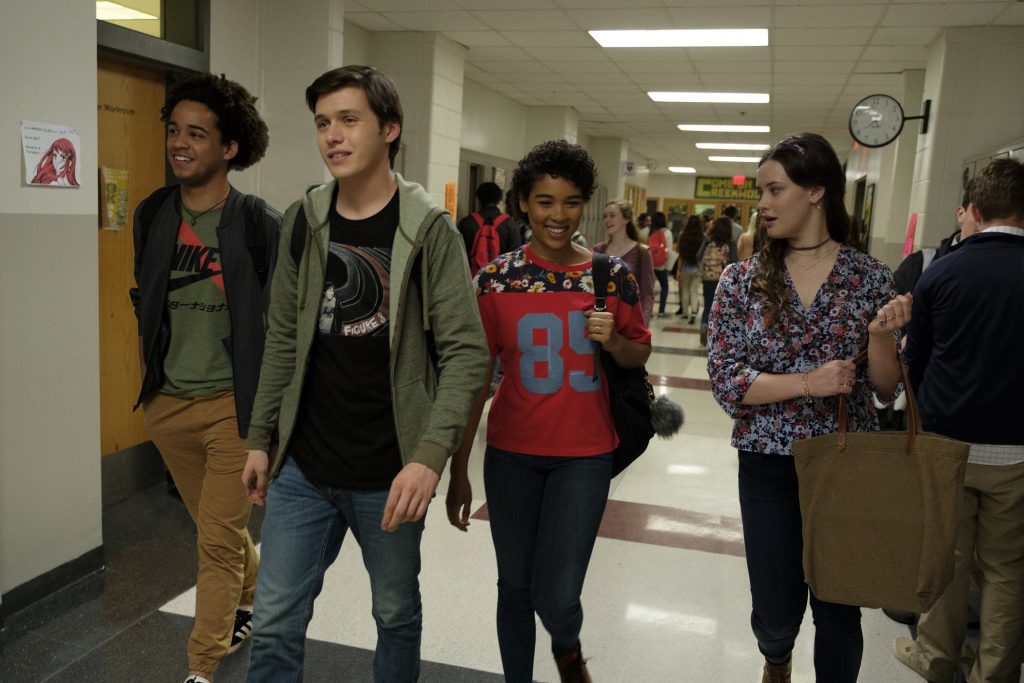 “Love, Simon” is based on Becky Albertalli’s book “Simon vs the Homo Sapiens Agenda” where not openly gay Simon Spier starts a secret email flirtation with another closeted classmate. But when one of his emails falls into the wrong hands, Simon’s secret is at risk of going public. And if Simon won’t agree with his clasmate… well, his sexual identity might just become public knowledge. Worse, the privacy of ‘Blue’, the pen name of the boy he’s been emailing, will be public too.

Here’s why Katherine has so much love for “Love, Simon” and the rest of her co-stars:

1. It kind of encompasses a lot about what it felt like what being in high school is about.

2. The movie encourages people to be brave.

3. From her first TV show (13 Reasons Why) to her first film “Love, Simon”, being so different yet united it the sense that both stories are authentic, truthful and meaningful.

4. The set of “Love, Simon” was really lighthearted, but with passion and real focus.

5. The journey of seeing someone realize that they need to truly be themselves by admitting their sexuality is a fairly universal thing today.

6. The film is a John Hughes meets John Green – a great mix of classic and contemporary relatable high school characters and issues.

7. This is a big studio making a pro-LGBTQ film, which is very cool.

8. Movie is based on the award-winning bestselling beloved book by Becky Albertalli “Simon vs The Homo Sapien’s Agenda”

9. The movie is something new and different and fresh that feels like it hasn’t been done before.

10. Her character Leah is very creative that manifests in her daily choice of fashion, depending on her mood.

11. Director Greg Berlanti – “He was the perfect person to direct this for a number of reasons, he has such a vision that is kind of nostalgic whilst also being current.”

12. Her role as Leah resonated well with that feeling in high school wanting to really be your authentic self.

13. “I think it is something you will go into and come out of feeling better but also take away a really important message from.”

Jennifer Garner who plays mom to Simon says, “This movie is about a number of things, including family. The family you are born in to and the family that you create for yourself with friends. Especially that precious group when you are in those teenage years and they mean everything to you. It’s also about having the courage to really stand up for yourself and say what you need to say.”