Society often places great demands on women, expecting them to live up to standards that are often not asked of men. Our community is often harsh on those women who fail to live up to expectations – “kababaeng tao”, accusers would say, as they are judged, or even ridiculed or bashed in social media, for breaking traditional expectations. 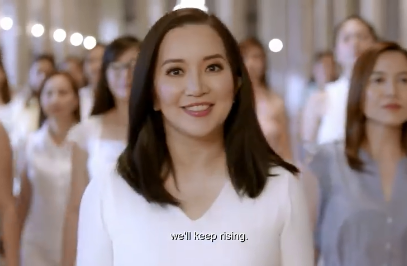 As the country observes National Women’s Month on March 2018, Ariel #AhonPinay joins in to celebrate progressive women — especially those who have been stained by controversies, let-downs, and difficulties, but have bounced back and have emerged stronger. Regardless of their economic status, occupation, educational attainment, religious belief, and upbringing — Ariel #AhonPinay focuses on each woman’s uniqueness and ability to rise above every challenge. Ariel #AhonPinay brings to life the brand’s goal to celebrate progressive and empowered women, as it seeks to inspire them to rise up and reach their goals.
This year, Ariel marks National Women’s Month with an inspirational video featuring Kris Aquino, a woman who has endured numerous challenges and stains in her life, but has still managed to succeed and rise above it all. The video is part of Ariel #AhonPinay’s advocacy to uplift women and remind them, using Kris Aquino’s life and words, that “Walang paratang that stains so deeply that the truth cannot wash away. Walang baho na ‘di naglalaho sa pag-asa ng bawa’t umaga. Kaya kahit paulit-ulit pa tayong madapa at mamantsahan, tayong mga kababaihan, we will keep rising.” (Because there’s no accusation that stains so deeply, that the truth can’t wash away. There’s no stench so intense that won’t vanish with the hope of a new day. And even if we fall and get stained over and over again, we, women, we will keep on rising.)

“Kris Aquino exemplifies resilience and inner strength. Since her childhood, the nation has seen her go through different setbacks, yet she has risen above each one. In the process, she has become a source of hope and inspiration for those women who need to be encouraged so that they, too, can rise above their challenges, and know that these stains do not define them. That is precisely what Ariel #AhonPinay wants each fearless Filipina to know, and we believe that Kris Aquino can strongly drive that message home,” said Louie Morante, Regional Brand Communications, P&G Asia Fabric and Home Care. 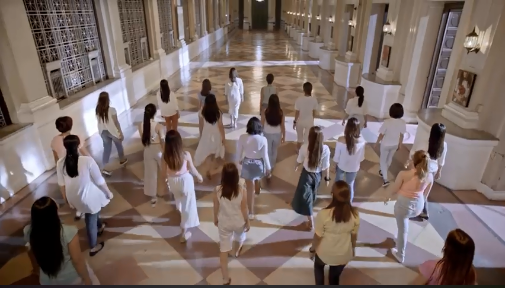 Through the years, Ariel has proudly stood behind and advocated for the empowerment of women across the Philippines, working alongside women advocacy groups through the Ariel #AhonPinay program. One groundbreaking Ariel #AhonPinay initiative is a training program, held in partnership with the Technical Education and Skills Development Authority (TESDA), to train women in male-dominated fields such as welding, auto mechanics, plumbing, as well as electrical and installation maintenance. Ariel also recently launched the #JuanWash campaign, which for the first time encouraged men all over the country to do their share of laundry duties with the aim of highlighting equality of men and women in doing household chores.

The Ariel #AhonPinay campaign is the Philippine leg of P&G’s #WeSeeEqual global campaign, which embodies the company’s commitment to empower women in order to create an equal world for all, including those women who have struggled and have risen. P&G believes that gender equality is a journey, not a destination, and works hard to ensure that it is part of its corporate culture. This focus extends to its female consumers who are at the heart of its brands and products around the world.

“At P&G, we have a sustained focus on women empowerment with our #WeSeeEqual global campaign which strives to create a world that is free from gender bias with equal representation and an equal voice for women and men,” said Mr. Morante.

With the inspiring message from Ariel #AhonPinay, more Filipinas will hopefully realize that there is no setback or failure so huge to stop them from soaring high and achieving their dreams. The video’s message is loud and clear: Ariel #AhonPinay salutes women who keep rising against all odds, vanquishing stains with their inner strength, determination, and goodness. To watch the video, you can refer to this LINK.