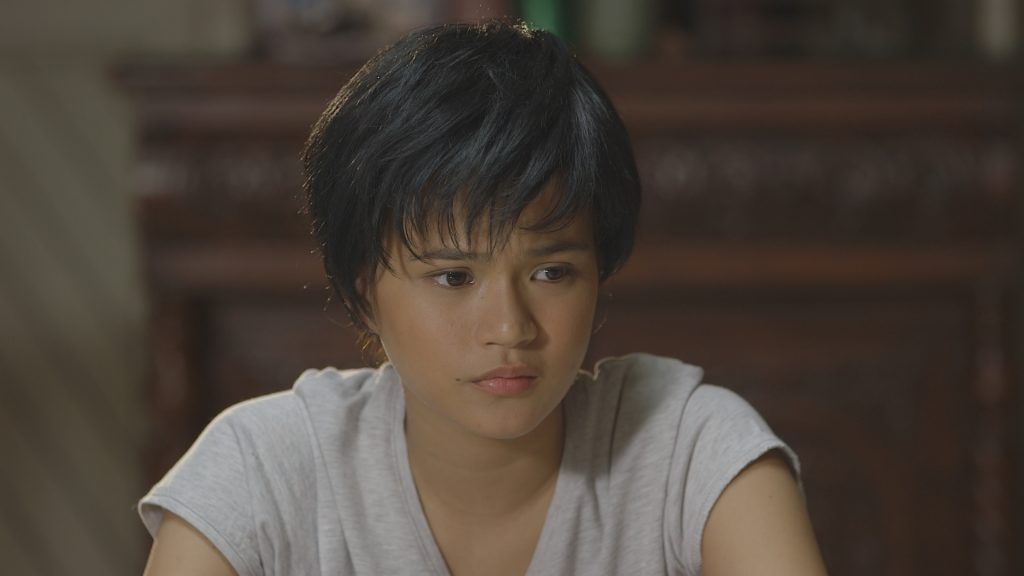 At the early age of eleven, Tin (Maris Racal) already identified as a lesbian and had been in romantic relationships with other girls. But it was only until she turned 18, that’s when she met her first boyfriend, Andrew (Neil Coleta).

Their relationship lasted for four years and after that, Tin swore not to fall in love and get into a relationship until she was able to provide for her family’s needs.

However, fate had a different plan for her when the breezy chick boy Boom (Jameson Blake) entered her life.

Could he be the one to reignite the flame in Tin’s ‘titibo-tibo’ heart?