Maymay Entrata and Edward Barber bring a magical mix of drama and thrill as they return to television in their first starring TV team-up for “Wansapanataym Presents: Ikaw ang GHOSTo Ko,” which airs this Sunday (July 22). 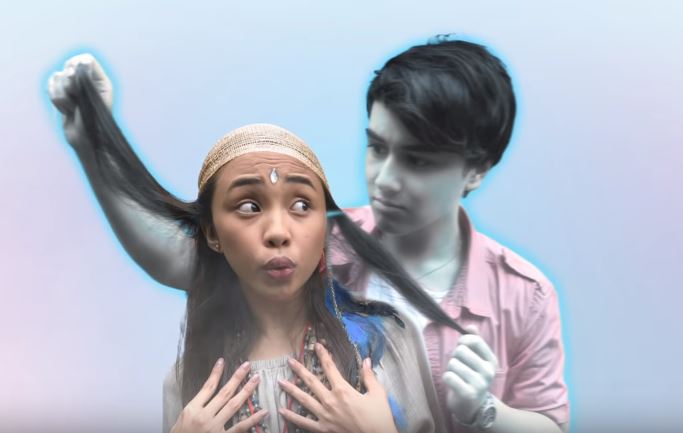 Maymay plays Espie, an orphan who pretends to be a fortune-teller to make ends meet. After getting into an accident, her life changes as her third eye opens, which gives her the ability to talk to the dead, even to her late father Pidiong (Jojit Lorenzo).

But her sixth sense also reopens a forgotten chapter in her life as she crosses paths with Vincent (Edward), the man who toyed with her feelings when he was alive, in an unexpected encounter. Despite their bitter past, the troubled ghost will ask for Espie’s help so he can reconnect with his mother and finally tell the truth behind his untimely death.

This marks the start of a new journey in Espie’s life and a chance to put her ability to good use, instead of deceiving people as a fortune-teller.

Will Espie be successful in helping Vincent? Will life and death hinder them from falling for each other?

Having aired for almost two decades, “Wansapanataym” is the sole Filipino program to be nominated in the prestigious International Emmy Kids Awards held recently under the best TV movie/mini-series. It battled against shows from Netherlands, United Kingdom, and Australia.