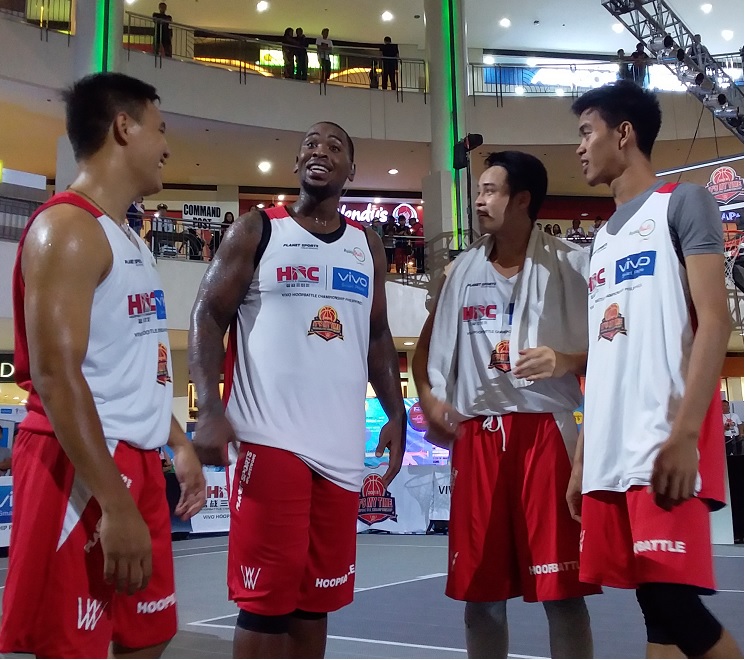 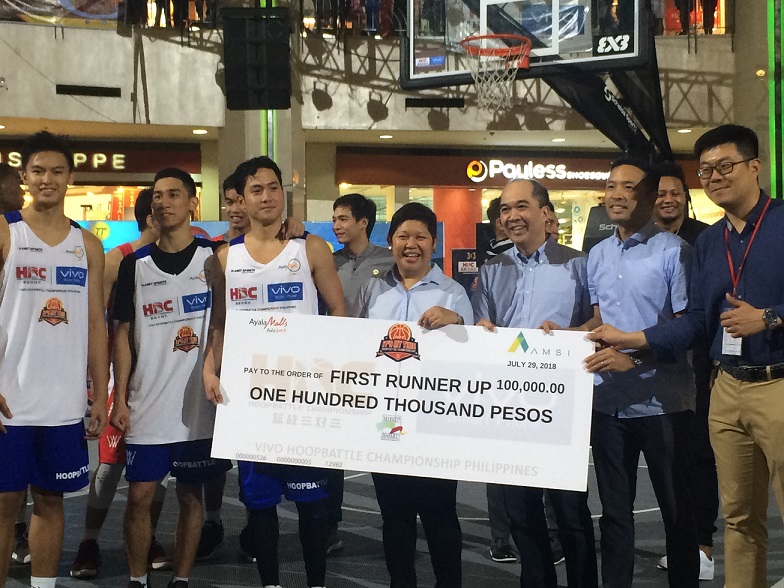 Led by 6’7 Jamal Thomas, who was also named the tournament’s Most Valuable Player, Metro Star Realty dominated Team Core, 21-10, in the final match to win the P200,000 grand prize of the 3×3 basketball tournament brought to the country by Ayala Malls and ABS-CBN Sports with co-presenter Vivo Philippines and in cooperation with Virtual Playground.

Thomas and teammates Joseph Navarro, Reinier Quinga, and Argene Sabalza will represent the Philippines in the HoopBattle Championship in China later this year, where they will battle foreign teams for up to P3 million worth of prizes.

“It’s mission accomplished for me. I’ve always wanted to make my lola proud and make a name for myself and my family. I’m totally humbled and blessed,” said Thomas, who is currently a practice player for a local professional basketball team. 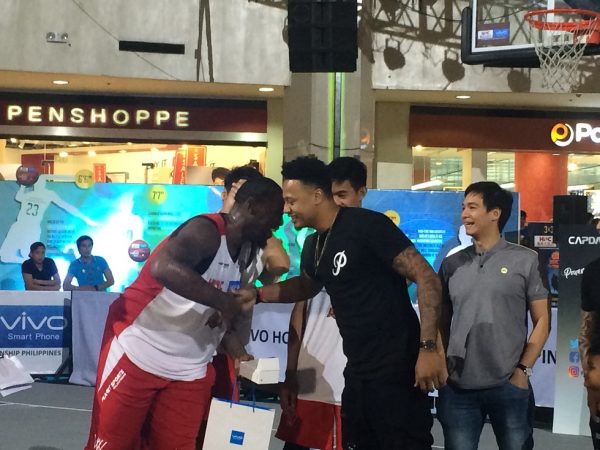 Both teams emerged on top after a single round robin elimination with six other teams that topped the Vivo HoopBattle legs held in different Ayala malls this July. The Metro Star Realty beat Team Ballers in the semifinals, while Team Core defeated Team Arellano University 2 in their own knockout game. The other teams that made it to the last eight were Just Coco led by Prince Rivero, Team Enderun bannered by former Batang Gilas Mike Dela Cruz, and Team F4 led by UP Fighting Maroon AJ Madrigal, and Team BS Susim Shipping.

HBC president Temple Deng said he is very happy with the turnout of the first HBC event outside China during an interview with ABS-CBN Sports anchor Andrei Felix, who hosted the event with UAAP basketball analyst Bea Daez and NCAA courtside reporter Roxanne Montealegre.

“Just one word, amazing. I love it. They were very entertaining. Their performances were amazing,” he said.

The tournament, which aims to highlight the both upcoming and undiscovered basketball talents in the country, started with 48 teams composed of players from both amateur and professional ranks. It was played under the strict guidelines of FIBA and sanctioned by the Samahang Basketbol ng Pilipinas.

“This only shows how big 3×3 basketball already is here in the country. Players from all walks of life came to participate here. I know we even had a surprise team composed of security guards of an Ayala Mall. In terms of the level of play, these guys have obviously been playing a lot of 3×3,” ABS-CBN Sports head Dino Laurena shared.