Rediscover the joys of falling in love again after a heartbreak as “Mr. and Mrs. Cruz,” starring JC Santos and new Kapamilya star Ryza Cenon, premieres on TV through SKY Movies Pay-Per-View this May.

Raffy (Santos) and Gela (Cenon) are two strangers in Palawan trying to get over their respective heartbreaks. They share a last name and they also end up sharing a room after being mistaken as a married couple by their tour group. Sparks fly as their separate journey of moving on becomes intertwined. 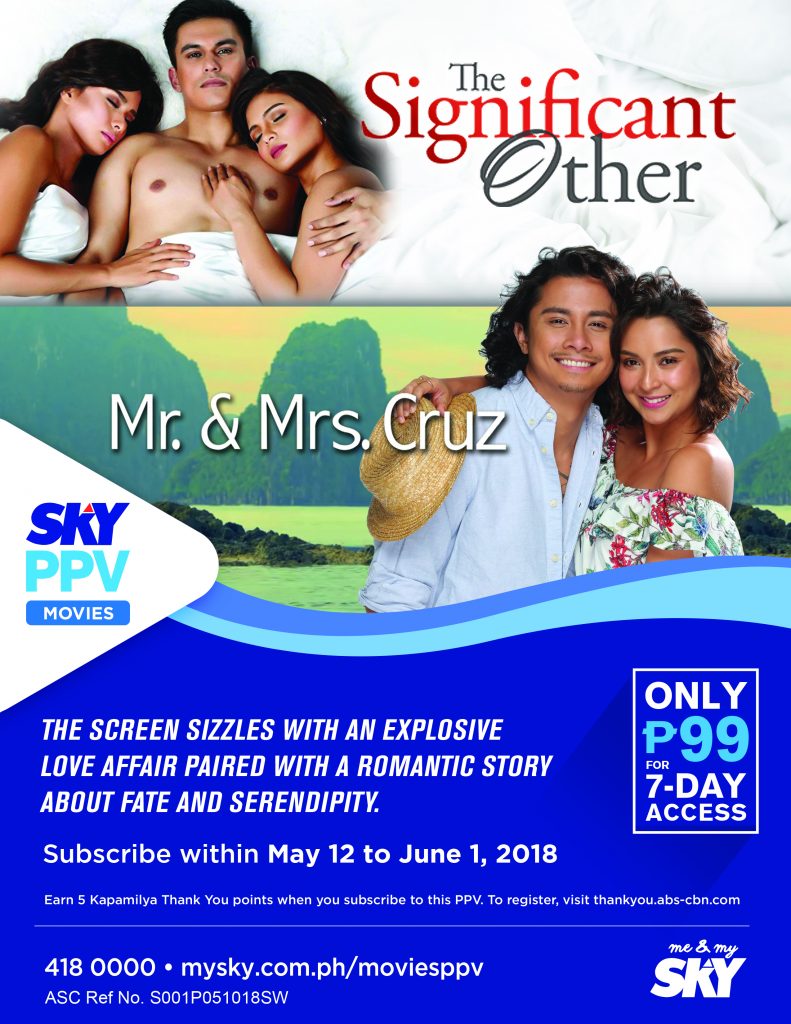 It airs back-to-back with “The Significant Other,” topbilled by Erich Gonzales, Lovi Poe, and Tom Rodriguez. It’s about an up and coming model (Gonzales) who ends up befriending her idol (Poe). Things turn sour when they find out they are in love with the same man (Rodriguez).

Enjoy these two movies for only P99 with a seven-day access from now until June 1.