Over 2,000 participants from the Philippines and overseas, joined the first Tough Mudder Philippines weekend, which took place last July 21-22, 2018, at Portofino Amore, in Alabang.

The event marked the first collaboration between Tough Mudder, Inc., and Proactive Sports Management, which is better known for their highly successful ColorManila Run series. 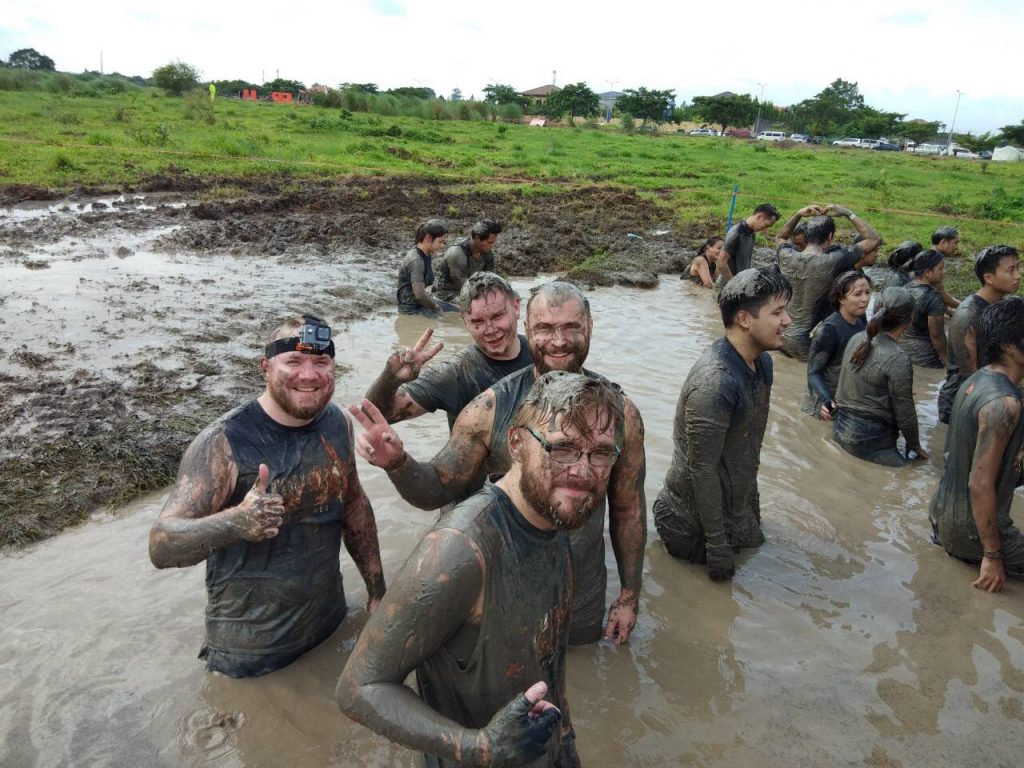 The first Tough Mudder Philippines event also attracted participants from countries such as Singapore, Malaysia, Indonesia, and even USA.

When asked about his thoughts regarding the first Tough Mudder Philippines event, Tough Mudder Senior Operations Manager for International Events Nathan Bassett, says, “Yes it has been fantastic. I think the ColorManila team and Proactive, have really done a good job pulling off an amazing event. It has been a challenging week with all the rains and the flooding, but the event that they put on this weekend has been fantastic, and I see that the participants are all having a great time.”

“Today we got a taste of having the 5K and the half (8K). And we’re hoping to bring the full (16K) over here, and bring the best obstacles that we’ve got for a full event.”

Proactive VP Justine Cordero, adds, “We’re very happy that we have a lot of mudders today who joined. I’ve seen the participants enjoying themselves as they went through the obstacles, and they’re also helping each other out,…it’s all about teamwork. It’s also about exceeding, challenging your own self, and overcoming your fears. The Filipinos really know how to have fun.”

Tough Mudder in the Philippines is held in partnership with Proactive Sports Management, a sports events company which started in 2012, and is known in the industry for staging various marathons and mass participation events.

Proactive’s next event will be the Yakult 16-miler, to be held on October 7, 2018, at the CCP Grounds.For more information, please visit www.toughmudder.ph and FB/ToughMudderPhilippines.