Kapamilya stars Kathryn Bernardo, Daniel Padilla, Maja Salvador, and Jericho Rosales will once again make waves in the international scene as they fly to Thailand this August to attend the much-anticipated media event led by JKN, the country’s largest media company. 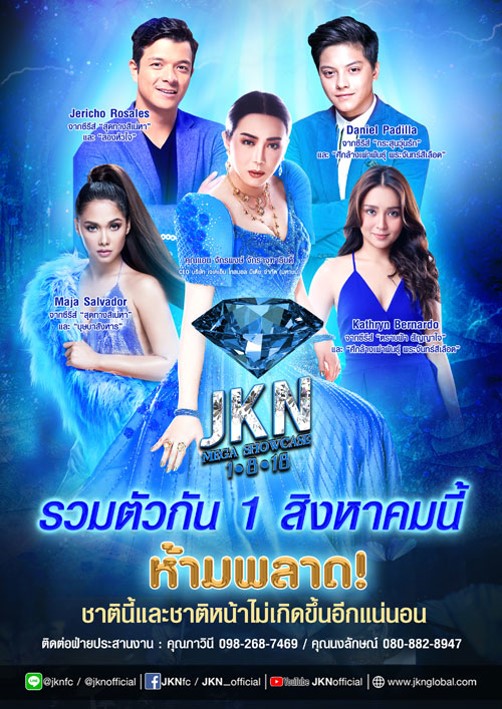 The four artists were invited to participate in the JKN Diamond Blue Mega Showcase, where the media company introduces the stars of the different shows they acquire from around the world. Aside from the showcase, they will also join an exclusive dinner hosted by the CEO of JKN, Anne Jakkraphong, along with other international stars.

Both certified hits among Thai viewers, KathNiel’s “Pangako Sa ’Yo” and Maja and Jericho’s “Bridges of Love” are currently airing on Bright TV.

Meanwhile, Kapamilya stars and Filipino content will continue to invade Thailand as ABS-CBN shows “The Promise Of Forever,” “Magpahanggang Wakas,” “La Luna Sangre,” and “Wildflower” debut in the country.

ABS-CBN’s content, popular for its heartfelt Filipino stories, is made available across other territories through ABS-CBN International Distribution, recognized in the global arena as a reliable foreign content provider. It has been a premier source of high quality Filipino programming in over 50 territories all over the world and has sold over 40,000 hours of content worldwide. Living up to this recognition, ABS-CBN International Distribution commits to add to its line-up of high-caliber programs and movies with cast and storylines that appeal to various cultures. 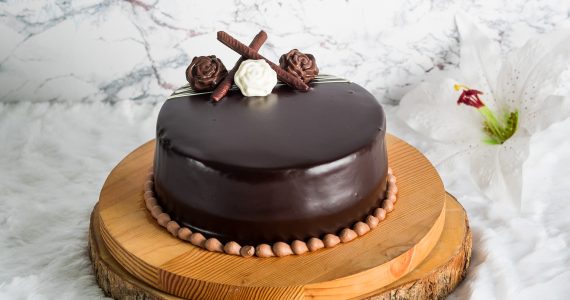 Goldilocks’ All-About Chocolate Cake is back!

Team Orange 25 Oct 2020 0 comments
Chocoholics around the country, rejoice! Goldilocks, the country’s number one bakeshop is delighted to announce the return of the fan-favorite ALL-ABOUT CHOCOLATE cake! Now back with its improved design! Enjoy…

CreativeFest NOW! is free to the public and happens from November 19-21

Team Orange 25 Oct 2020 0 comments Events
CreativeFest, the country’s largest gathering of creative professionals and advertising practitioners, is set to go all-digital with a name that reflects the tectonic shift brought about by our current reality:…