Just in time for the holidays, Pepsi Philippines is serving Filipinos nostalgia-wrapped Pepsi drinks that come with cool freebies for a limited time only.

“The Pepsi Generation campaign celebrates the enduring taste that spans decades, all while bringing families and friends closer with the Pepsi they all remember and enjoy,” said Gutzee Segura of PepsiCo. Philippines.

Pepsi fanatics will definitely enjoy sharing memories with the special edition Pepsi cans and bottles sporting the beverage company’s iconic brand logos from the 40’s all the way to the early 2000s.

The special editions start with the first-ever logo the brand had in 1946 sporting its novelty blue, red, and white colors with the original swirly script. The 1950s make a distinct change to the swirly script logo with a smoother, simpler look framed in blue and red banners.

A Pepsi crown logo caps the Swinging Sixties which would eventually inspire the minimalist branding of the 1980s where white was used for the backdrop, outlining the rectangular and circular parts of the logo. A slight change to this would be seen a decade after when the Pepsi brand would be featured more prominently on the side of the logo in italic font. At the turn of the millennium, Pepsi launched its new look called “Globe,” dropping the bold red platform of the logo for the icy blue backdrop displaying the stylized, three-dimensional Pepsi Globe.

“Everyone had a Pepsi they remember, it was part of their memories of growing up and celebrations they cherish with their friends and families. We want to give Filipinos a little piece from those years to help them relive those special moments,” said Segura.

Each unique design will be featured on both the bottled and in-can versions of Pepsi, along with it are special Pepsi Generation bundles that come with tumblers sporting each decade’s designs and more freebies. Adding music into the mix

The beverage company also partnered with leading music streaming service Spotify to let consumers experience each Pepsi Generation through music. Spotify codes are printed behind the packaging of every bottle and can which when scanned through the Spotify app brings users to the special playlist crafted for that specific decade.

“Music has always been a vital part of the Pepsi experience. It triggers happy experiences that make us nostalgic, and sometimes when memory fails music enables us to reminisce together, “ Segura said.

The Pepsi Generation drinks are available in major supermarkets and convenience stores nationwide. 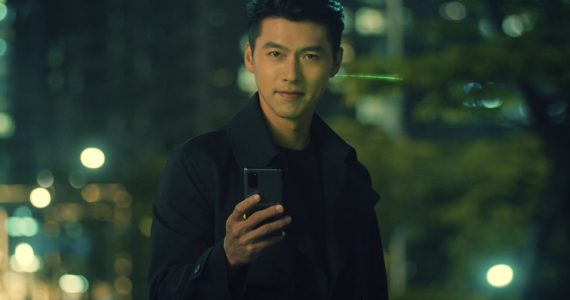 Team Orange 01 Jun 2020 0 comments
Mobile service provider Smart Communications, Inc. (Smart) has made a splash as it unveiled its new campaign featuring South Korean superstar Hyun Bin 현빈, who has endeared many Filipinos with his…