Blessings continue to pour in for “Pilipinas Got Talent” crowd favorite and grand finalist Joven Olvido as he joins the cast of CineMo’s “Funny Ka, Pare Ko.”

In “Funny Ka, Pare Ko’s” fifth season, Joven’s character is not far from his personality as he plays Joven Petma, a confident and lovable lawyer who always has crazy vape antics and insane legal opinions. 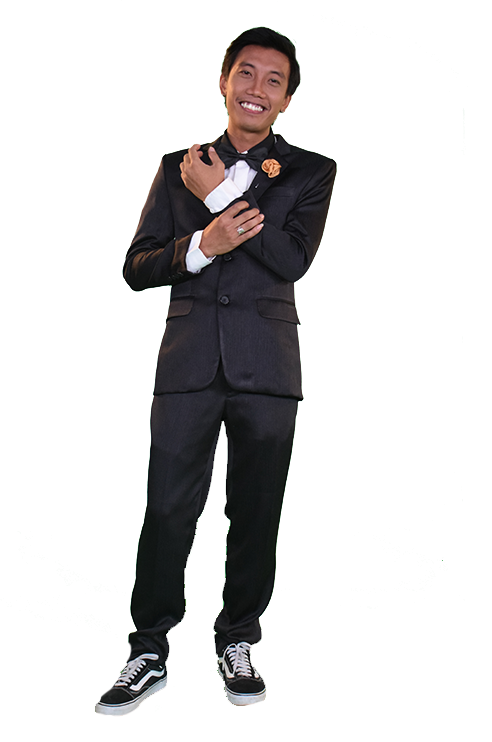 This news comes after the announcement that Joven will star in a Vhong Navarro movie titled “Unli Life” under Regal Films and Vice Ganda’s pronouncement last month that Joven will be part of his upcoming movie that is set to premiere this Christmas.

With these projects lined up for the year, Joven is ecstatic and nervous at the same time.

“I’m so happy with all the blessings, but I’m also a bit nervous for the roles I’ll play, but I’ll do my best. I’m also very thankful for everything. I really can’t explain what I’m feeling,” Joven said.

Joven won the hearts of viewers of “Pilipinas Got Talent” with his charisma and natural flair in comedy. In fact, Vice Ganda offered to be Joven’s mentor as he begins his journey as a comedian.

“I’ll do my very best as his mentee. Vice is also one of my inspirations when it comes to comedy,” Joven explained.

Joven also shares what viewers can look forward to in season 5 of “Funny Ka, Pare Ko” as he plays a lawyer on television for the first time.

“Watch the show and find out more about my crazy antics and the cases I’ll win!” he happily shared.

“Funny Ka, Pare Ko” is a sitcom mixed with stand-up comedy that aims to show how positivity can make challenges in life seem easier and at the same time, champion Filipino stand-up comedians by giving them a chance to shine in “Tawa ng Tanghalan,” a comedy night in Karla and Bayani’s Delyon’s eatery.