They saved the biggest for last! Universal Pictures‘ “Pitch Perfect 3” sang its way straight to the Philippine box-office to the tune of P101-M – the industry’s highest opening weekend ever for a musical-comedy.

That figure also represents the sixth biggest opening weekend ever for a Universal Pictures title, ahead of 2015’s “Fast and Furious 7” (at P97.9-M); and the all-time biggest January opening for Universal, surpassing last year’s P65-M debut of The Great Wall.

In the US, the Bella’s farewell run has grossed a resounding $94.7-M and $67.7-M internationally with numerous markets yet to open. 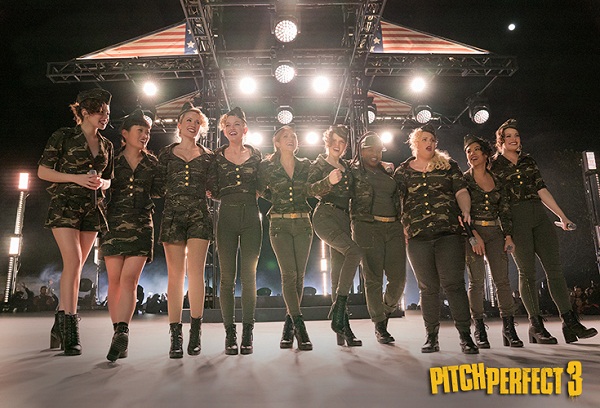 “With this series, we feel like we tapped into something-this flood of female empowerment, not just in Hollywood and in our industry, and in movies, but in the world,” says producer Elizabeth Banks who also directed the second installment. “If that power comes with entertainment for the audience, so much more the better. Plus, singing and dancing and making people laugh is never a bad combination.”

(Check out the “Pitch Perfect 3: Cheap Thrills” clip at https://youtu.be/IvDYGVGC0YQ.)

Now graduated from college and out in the real world where it takes more than a cappella to get by, the Bellas return in “Pitch Perfect 3”, the next chapter in the beloved series that has taken in more than $400 million at the global box office.

After the highs of winning the World Championships, the Bellas find themselves split apart and discovering there aren’t job prospects for making music with your mouth. But when they get the chance to reunite for an overseas USO tour, this group of awesome nerds will come together to make some music, and some questionable decisions, one last time. 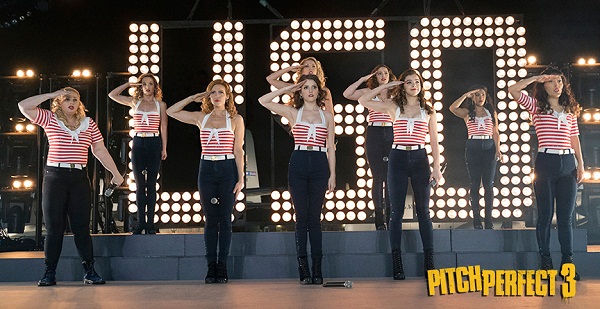 Now in Philippine cinemas, “Pitch Perfect 3” is distributed in the Philippines by United International Pictures through Columbia Pictures.