What if you never had to give up the games that you played as a kid? The kind that kept you and your friends outside, way past sunset. What if, as a grown up, you could keep the games going with your friends, forever?

In New Line Cinema’s “Tag,” five guys—despite age, geography, and adult circumstances like jobs, illness, marriage and children—manage to keep playing. For the entire month of May every year, no matter what is on their plate, they revert to the antics that consumed them in grade school, when they first started chasing each other on the playground. Against all odds, they keep in touch. Letting themselves have fun and be childlike together, even if only once a year, actually makes them better friends and more responsible adults. 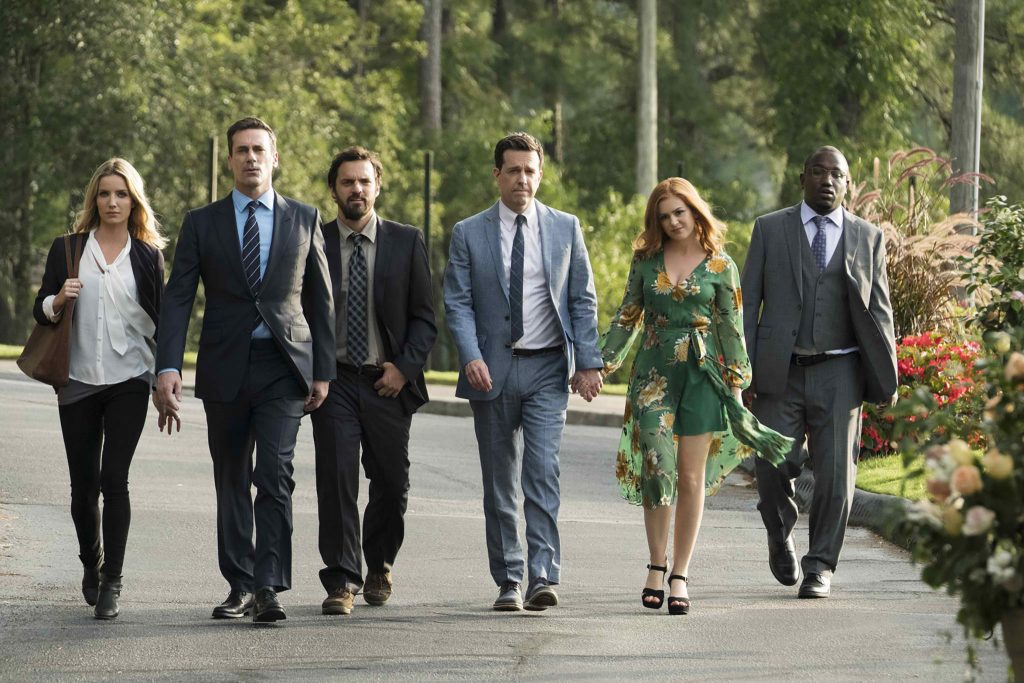 “It was an opportunity to make something comical that was also a love letter to the kids I grew up with,” says Jeff Tomsic, who makes his feature directorial debut with “Tag.” “This story, though totally absurd, has so much heart. Everything these characters put themselves through, all the action, the chasing and elaborate stunts, it’s all for each other.”

Over the years the game has grown exponentially. No longer little boys on bikes, now Hoagie, Chilli, Sable, Callahan and Jerry chase each other across state lines. Only one has escaped being “it” for decades: Jerry. And the others are determined to end his reign—even if it means upending his wedding.

The lengths the guys are willing to go to for their annual game are extreme. Nothing is sacred. Not delivery rooms, not funerals and, this year, certainly not nuptials. Wedding or no wedding, it’s definitely game on.

The real lifelong friends from Spokane, Washington, who inspired the film—nicknamed the Tag Brothers—are still engaged in an epic 30-year-old game of tag. The on-screen competitors playing them are comprised of a stellar ensemble, who form the perfect comedy tag team: Ed Helms, Jake Johnson, Hannibal Buress, Jon Hamm and Jeremy Renner.

Producer Todd Garner reveals that it was an article in The Wall Street Journal chronicling the ingenious exploits of the Tag Brothers that caught his eye and inspired him to make the film. “I thought it was remarkable that these guys had been doing this for 30 years. I wanted to be part of telling that story, and what it means to be lifelong friends with people who know you better than anybody. We also wanted the film to delight in the fact that it’s grown men, and to push all those boundaries.”

As it turns out, director Jeff Tomsic also shares a yearly ritual with a core group of guys he’s known his whole life and was really missing his friends. “I was on vacation in the middle of nowhere in Canada—where we always go—and it was the first year none of the other guys could make it. Life happens. We’ve all gotten older, moved to different cities, people’s family members had gotten sick, everyone’s had kids,” Tomsic allows. “The script made me laugh, but then it really punched me in the gut. I got pretty emotional thinking about all my friends… and then this circle of friends who have been able to stay together in such a creative way.”