Primetime has never been more fun on the cable channel as it airs fresh episodes of “It’s Showtime” every night from Monday thru Saturday. Viewers who are either at work or at school will get to catch up on the hit noontime show’s popular segments, such as “Miss Q & A,” “TALENTOlympics,” and “FUNanghalian,” as well as be entertained by its hosts led by Vhong Navarro, Anne Curtis, Billy Crawford, Amy Perez, and Vice Ganda. 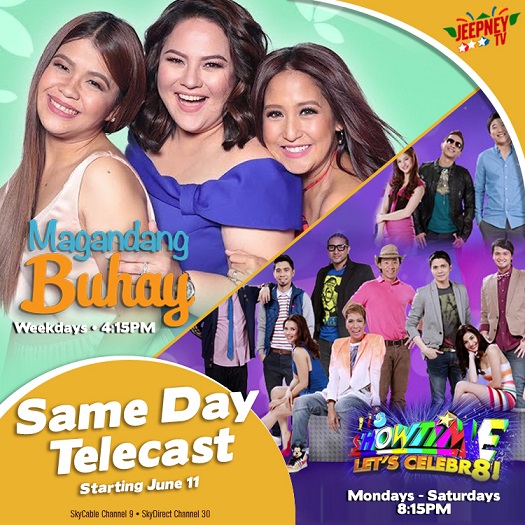 Aside from these programs, its newest entertainment-oriented talk show “Showbiz Pa More” continues to deliver trending topics and in-depth celebrity interviews this June. DJ Jhaiho talks to Nadia Montenegro and Arlene Muhlach on Sunday (June 10), interviews Anthony Taberna on its Father’s Day episode on June 17, and chats with Maymay Entrata on June 24.