Star Cinema opens 2018 with a bang as it puts together two of the most celebrated actresses in the Philippine entertainment industry today – Judy Ann Santos and Angelica Panganiban – in the heartwarming and laugh-out-loud dramedy “Ang Dalawang Mrs. Reyes”, which will be screened in key countries worldwide via [email protected] from January to February.

“Ang Dalawang Mrs. Reyes” marks the comeback of Santos and Panganiban on the big screen. This is Santos’s grand comeback to mainstream cinema after her last full-length movie Kusina, an official entry to the 12th Cinemalaya Independent Film Festival in 2016. 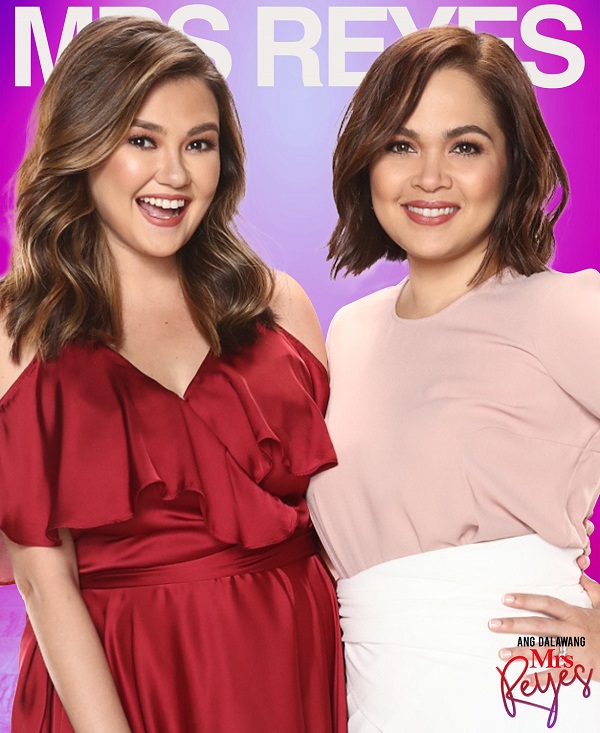 “I was praying for a good project that will challenge me and surprise the viewers. I believe this project fulfilled that for me”, Santos says.

On the other hand, Panganiban also returns to the big screen fresh from her recent Best Actress victory in FAMAS 2017 for her superb performance in The Unmarried Wife, which was also shown outside the Philippines via [email protected] in November 2016.

Because of their achievements and projects, the two actresses are rightfully considered as showbiz royalties whose individual feats catapulted them to the highest echelons of the industry as queens who are both very competent in the genres of drama and comedy.

“Ang Dalawang Mrs. Reyes” is a film directed by Jun Robles Lana with an original story he developed and a screenplay he co-wrote with Elmer Gatchalian. Describing the film, Lana says, “The movie tackles a lot of dimensions for women including their struggles”.

The film is about the journey of two women – Lianne (Santos) and Cindy (Panganiban) – who pursue their erring husbands who both have the same surnames.

Their seemingly happy marriages are put to the test when both wives discover that their husbands have an affair, leaving Lianne and Cindy in a series of misadventures in the hopes of foiling their husbands’ relationship.

More than being a movie about infidelity, “Ang Dalawang Mrs. Reyes” is ultimately a story about two women who will discover the great lengths that they are willing to go through for love.

Santos and Panganiban play two very strong female characters who are polar opposites, one being a successful career woman while the other is a homemaker. The only similarity between Lianne and Cindy is their driving desire to win back the love of their respective husbands.

Lianne and Cindy will take moviegoers of all ages to an emotional roller coaster ride as both women turn to humor and laughter amidst life’s most painful experiences.

Find out what will happen to the two Mrs. Reyes in the film “Ang Dalawang Mrs. Reyes” which will be seen outside the country via [email protected] in the following countries and dates: now showing in the U.S. and Canada; February 1 Australia and New Zealand; February 3 in United Kingdom and Austria (also February 4 in UK); February 4 in Milan and Rome, Italy; Athens, Greece; Madrid and Barcelona, Spain; Hong Kong and for the very first time in Macau; February 8 in Papua New Guinea; February 9 in Saipan; February 10 and 11 in Thailand and February 11 in Singapore and Taiwan and coming soon in other countries.