Filipino dreamers headline their own stories and journeys to success on ABS-CBN’s grand audition show “Star Hunt,” which gives Filipinos the ultimate chance to chase their dreams by giving them the opportunity to join different talent and reality competitions.

“I’ve always believed that the Philippines is a country of entertainers and I think it’s something that we can be proud of. We’re committed to help push Filipino talent globally, and I think it’s time for us to start pushing for our talents to attain global prominence. We would like to shine as a Filipino company that will continue to take pride in our talents – behind the scenes or on camera,” said Laurenti Dyogi, head of TV production.

Since it started airing in August, “Star Hunt” has featured interesting and heartwarming accounts of people who fall in line during auditions, patiently waiting for their turn to shine.

For direk Lauren, the auditions are his favorite part of any competition because he gets to interview the auditionees and learn about their lives. He said, “There’s a gem in everybody, if you just listen to their stories. I’m always trying to find that unique personality who’s like no other and has a potential to be famous.”

So far, many successful Star Dreamers or auditionees have become or may become a part of “I Can See Your Voice,” “Tawag ng Tanghalan,” “Dance Kids,” “Pilipinas Got Talent,” “Little Big Shots,” “MMK,” “Pinoy Big Brother” and the soon-to-be-launched dance competition “World of Dance Philippines.”

In the past two weeks, “Star Hunt” introduced to viewers some promising Star Dreamers, including Lucena’s aspiring singer-songwriter Jam Labitigan, who joined “Tawag ng Tanghalan” and became a daily winner. Leslie Ordinario of Laguna was also previously hailed as a winning see-nger on “I Can See Your Voice” and even performed a duet with “TNT” grand champion Janine Berdin.

“Star Hunt” also saw the potential of Jefford Balote of Naga, whose funny videos have become viral online and featured on television. He has since been invited to join the growing family of Adober Studios, the largest multi-channel network in the country that manages and nurtures online stars and creators.

Boholano barangay kagawad Danger Peligro also said his “I, thank you” when he showcased his wit on “It’s Showtime’s” “Miss Q and A.”

Fifty-one-year-old mom Arlene Acosta of Pampanga also proved that it is never too late to achieve one’s dreams. After she auditioned, she was given the chance to appear in “Home Sweetie Home” and meet its cast, including Piolo Pascual.

From Leyte, beatbox duo Rens Lucas Jr. and Jhoex Dapiton flew to Manila to perform in “Banana Sundae,” where they shared the screen with Zanjoe Marudo and Angelica Panganiban in an episode that is set to air on September 16.

Teen dancers Mhejie Dela Cruz of Bulacan, Heather Asiatico of Caloocan, Jade Carno of Nueva Vizcaya, Kysha Navarro of Butuan, and Alyzza Tinio of Cavite are also preparing for their stint in “World of Dance Philippines.”

Meanwhile, “Star Hunt” continues to find dreamers as it reaches out to more Filipinos through auditions in Japan on September 8 and 9, in HongKong on September 23, in Ilocos on September 24, and in Davao on October 6 and 7. 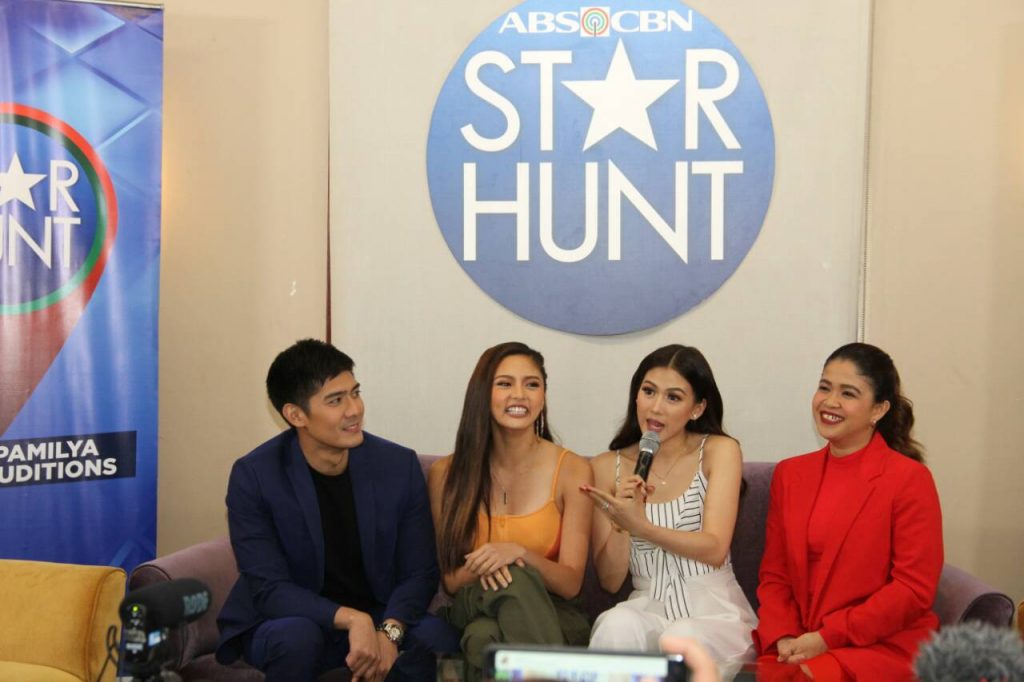