Notwithstanding the intensity of the lights on stage, six teams from colleges across the nation went head-to-head for the annual Goldilocks Intercollegiate Cake Decorating Challenge (ICDC). The competition was fierce, and as the clock wound down with around five minutes left, the audience roared with applause, cheering on the teams to add the finishing touches to their cakes. Emerging victorious from this dazzling display of creativity and teamwork was the Lyceum of the Philippines Laguna; which previously took the category prize for the “Tribute to the Present” and “Tribute to the Future” themed cakes, before being awarded as the overall champion. With this feat, the talented students not only won considerable prizes for their school, but earned the right to take the travelling trophy back with them to the proud province Southeast of Manila. 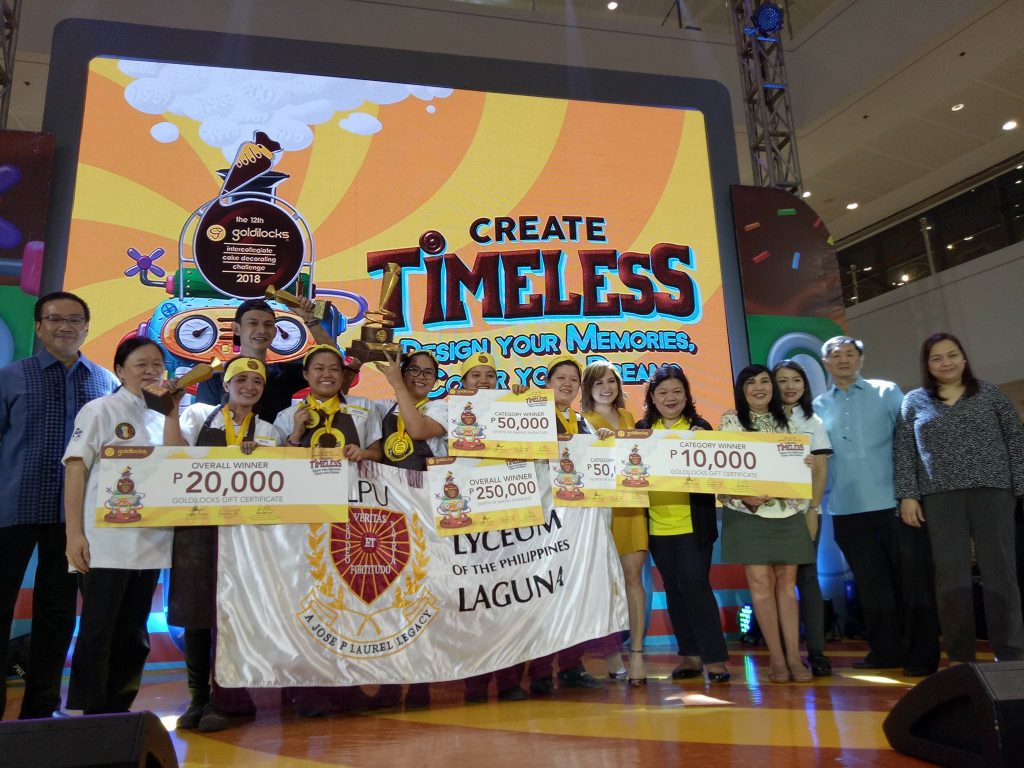 Lyceum of the Philippines Laguna

This is the 12th time that the ICDC has been held, and every year the stakes are raised higher. The skill-level of the participants has consistently increased, thus elevating the contest into one of the most anticipated events for culinary arts programs.

“For 2018, Goldilocks has gone back to the very heart and essence of the competition, which is the cake itself and what it represents,” explained Goldilocks Marketing Director Cherry Caluya. “Cakes are meant to celebrate sweet moments and special memories, which all become timeless. We have therefore made this the theme for this year, asking our competing students to interpret timeless aspects through their designs,” she emphasized. 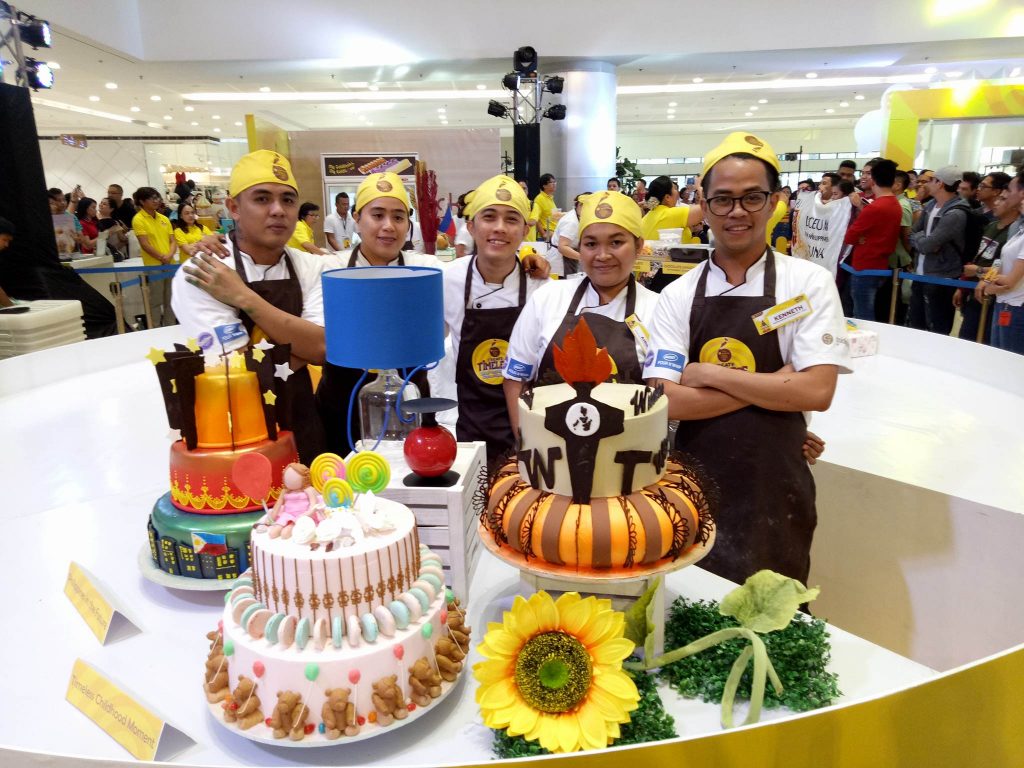 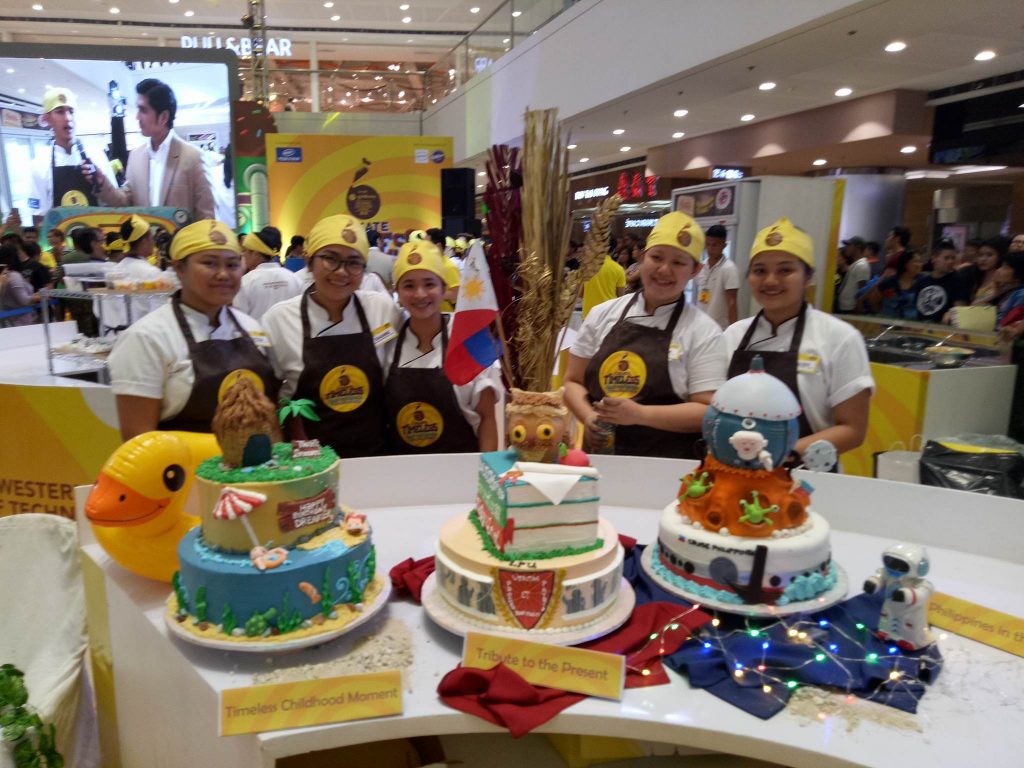 As always, the teams this year vied for more than the just prestige, but specifically a baking lab worth P250,000.00 for their school and P20,000.00 worth of Goldilocks gift certificates. After a pre-selection round wherein almost 100 schools submitted entries, the other schools that qualified for the live kitchen-stage were the University of Batangas, Saint Anne College of Lucena, Pangasinan State University, Holy Cross of Davao College, and the Western Institute of Technology Iloilo, which won the category prize for the “Tribute to the Past” theme. 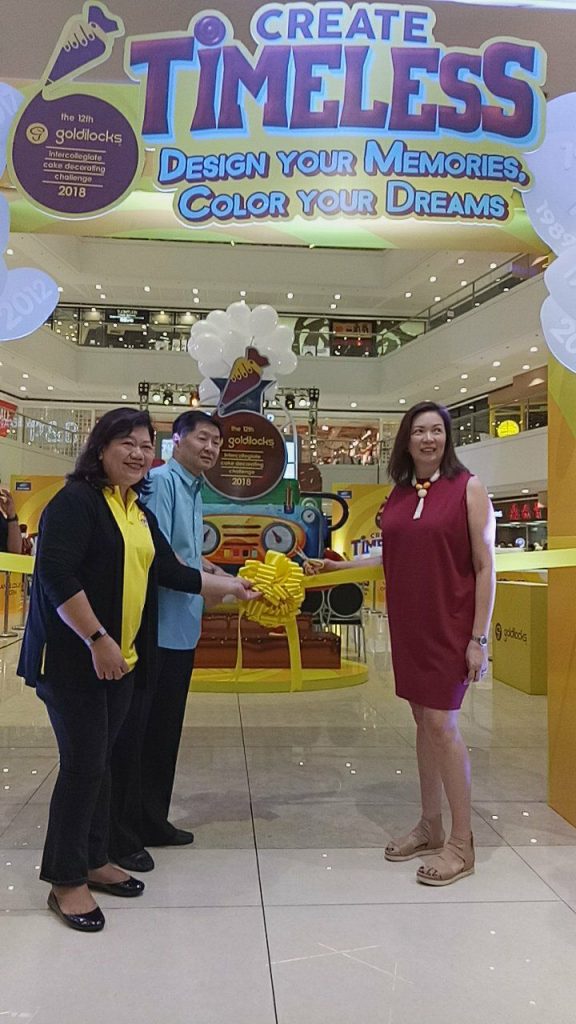 Being the country’s number one bakeshop for over five decades, Goldilocks is certainly the most qualified to stage an ICDC-style competition, providing the materials and ingredients along with co-sponsor Avoset Whip N’ Cream. Renowned chef and ICDC judge Jackie Ang Po noted that “for the past 12 years, Goldilocks and Avoset continue to reinvent this competition and make it fresh. They have really created something that Culinary Arts students aspire for, and competing on the kitchen stage at this level teaches the students so many lessons that go beyond classroom work.” Also serving as judges were exemplary pastry chef Penk Ching, Patrick Tong of Avoset, and Mille Dizon from the SM Group.

While the ICDC was the culminating activity of the day, loads of fun and educational activities were staged throughout the venue. There were numerous hands-on demonstrations and workshops by professional pastry-chefs, a Goldilocks decorate-your-cake (DYC) corner, amazing cake displays, and a chance to see Goldilocks endorser Judy Ann Santos-Agoncillo, who graced the activity as the special guest