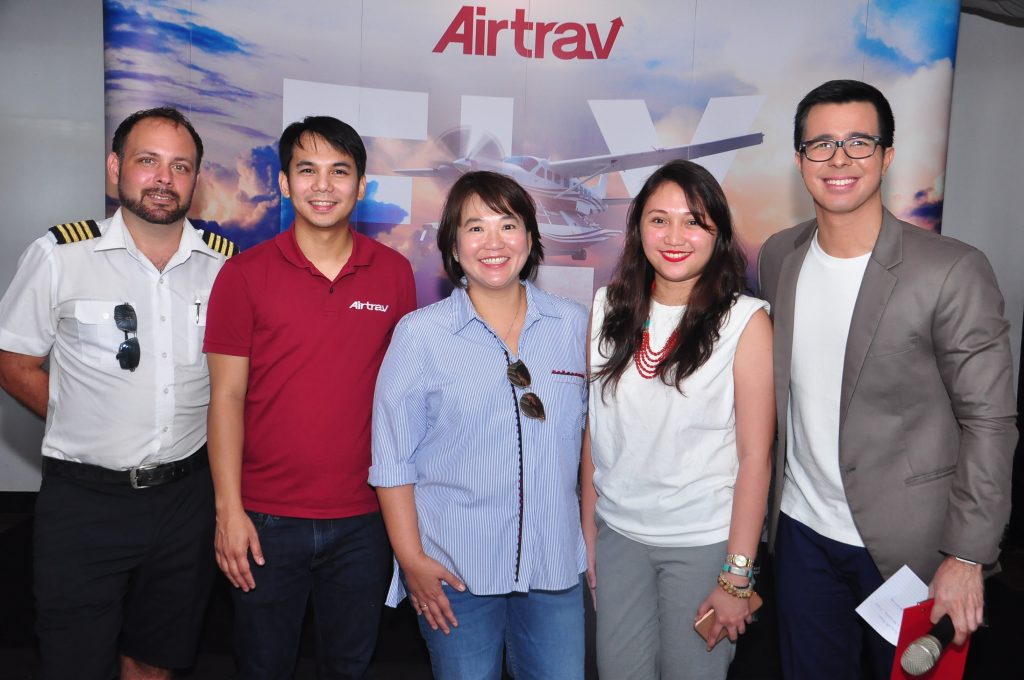 The company, which has an Air Operator’s Certificate (AOC) from the Civil Aviation Authority of the Philippines and a non-scheduled domestic carrier certificate from the Civil Aeronautics Board, operates out of its own hangar located at the Manila International Airport in Pasay City, flying the Robinson R-44 Raven II and the Cessna Grand Caravan Ex Amphibian.

The Robinsons R44, which was made in Torrance, United States, can seat up to three passengers comfortably. It can fly up to 300 nautical miles, which means three hours without refueling.

The Cessna Grand Caravan 208 is the largest single-engine airplane ever produced by Cessna. It can seat eight passengers comfortably plus their luggage and personal items. It can also safely land on water.

Aside from this, the aircraft and pilots are insured by the country’s premier insurance firm, Pioneer Insurance and Surety Corp., for its airframe, passengers, cargo and crew.

In 2015, AirTrav teamed up with ride hailing app Uber to launch the first and only UBERCHOPPER service in the Philippines. With Uber’s extensive network, AirTrav was able to roll out an on-demand helicopter service within Metro Manila.

This year, Airtrav Philippines Inc. has expanded its business to transport more people directly to their Philippine destinations with the acquisition of the new Cessna Grand Caravan Ex Amphibian.

Team Orange 26 Feb 2021 0 comments
Grocery shopping can sometimes be a stressful chore. Buyers face the challenge of picking healthy and fresh alternatives, while looking for good deals and sticking to a budget. But with…