Fantasy-adventure, action-thriller, outrageous comedy, horror-suspense and heart-wrenching drama – the genres are well-represented in Warner Bros. Pictures‘ line-up of films for 2018.

Fresh from crossing the $5 billion mark at the global box office last year, Warner is poised yet again for a smash, blockbusting 2018! Check out what’s in store from the Studio below. 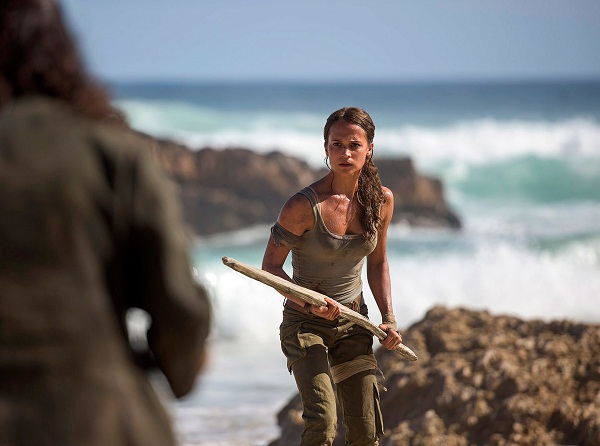 Tomb Raider. The action-adventure will set a young and resolute Lara Croft on a path toward becoming a global hero. Leaving everything she knows behind, Lara goes in search of her late father’s last-known destination: a fabled tomb on a mythical island that might be somewhere off the coast of Japan. The stakes couldn’t be higher for Lara, who must learn to push herself beyond her limits as she journeys into the unknown. 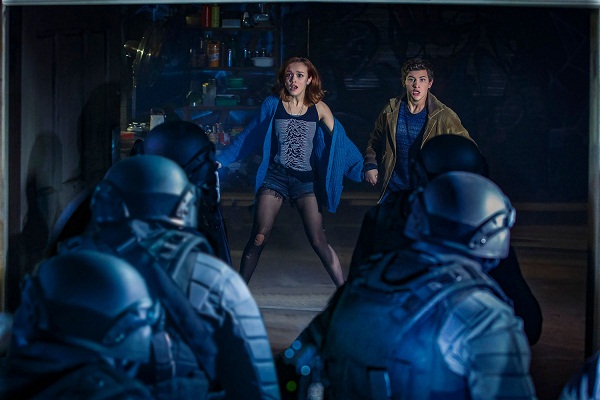 Ready Player One. From filmmaker Steven Spielberg comes the science fiction action adventure based on Ernest Cline’s bestseller. The film is set in 2045, with the world on the brink of chaos and collapse. But the people have found salvation in the OASIS, an expansive virtual reality universe created by the brilliant and eccentric James Halliday. When Halliday dies, he leaves his immense fortune to the first person to find a digital Easter egg he has hidden somewhere in the OASIS, sparking a contest that grips the entire world. 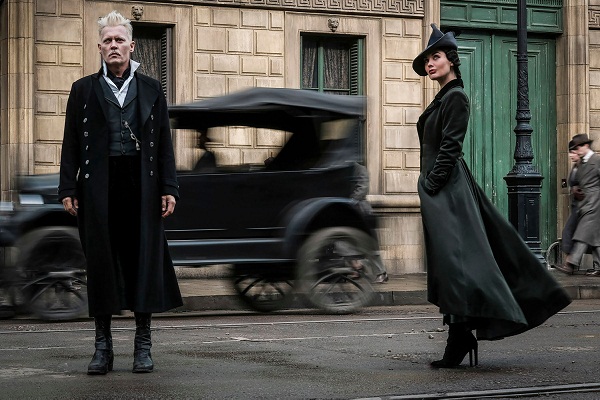 Fantastic Beasts: The Crimes of Grindelwald. At the end of Fantastic Beasts and Where to Find Them, the powerful Dark wizard Gellert Grindelwald (Johnny Depp) was captured by MACUSA (Magical Congress of the United States of America), with the help of Newt Scamander (Eddie Redmayne). But, making good on his threat, Grindelwald escaped custody and has set about gathering followers, most unsuspecting of his true agenda: to raise pure-blood wizards up to rule over all non-magical beings. In an effort to thwart Grindelwald’s plans, Albus Dumbledore (Jude Law) enlists his former student Newt Scamander, who agrees to help, unaware of the dangers that lie ahead. 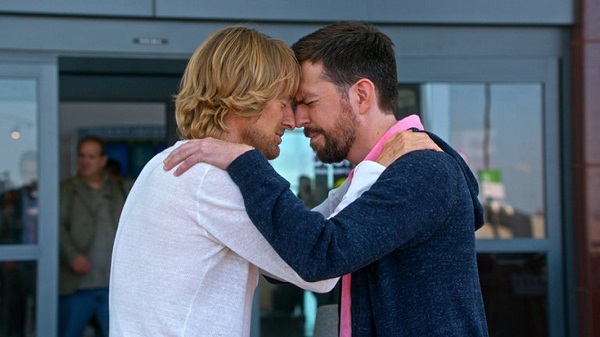 Father Figures. Ed Helms and Owen Wilson play Peter and Kyle Reynolds, two brothers whose eccentric mother (Glenn Close) raised them to believe their father had died when they were young. When they discover this to be a lie, they set out to find their real father, learning more about their mother than they probably ever wanted to know. 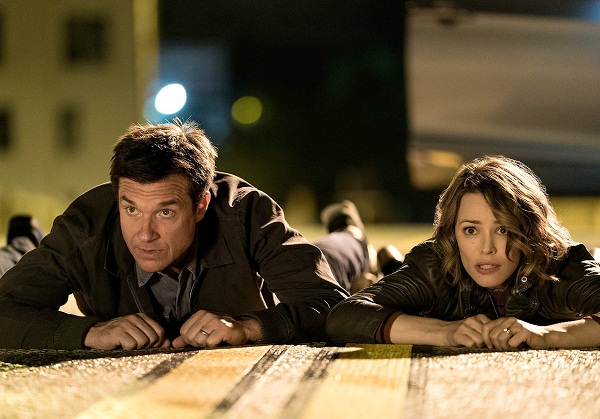 Game Night. Jason Bateman and Rachel McAdams star as Max and Annie, whose weekly couples game night gets kicked up a notch when Max’s charismatic brother, Brooks (Kyle Chandler), arranges a murder mystery party, complete with fake thugs and faux federal agents. So when Brooks gets kidnapped, it’s all part of the game…right? 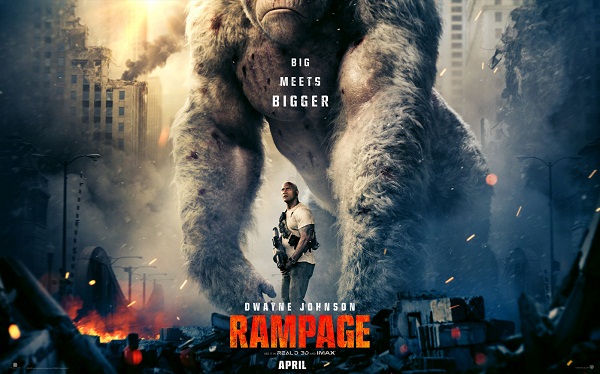 Rampage. Global megastar Dwayne Johnson headlines this action adventure about primatologist Davis Okoye who shares an unshakable bond with George, the extraordinarily intelligent, silverback gorilla who has been in his care since birth. But a rogue genetic experiment gone awry mutates this gentle ape into a raging creature of enormous size. Okoye teams with a discredited genetic engineer to secure an antidote, fighting his way through an ever-changing battlefield, not only to halt a global catastrophe but to save the fearsome creature that was once his friend. 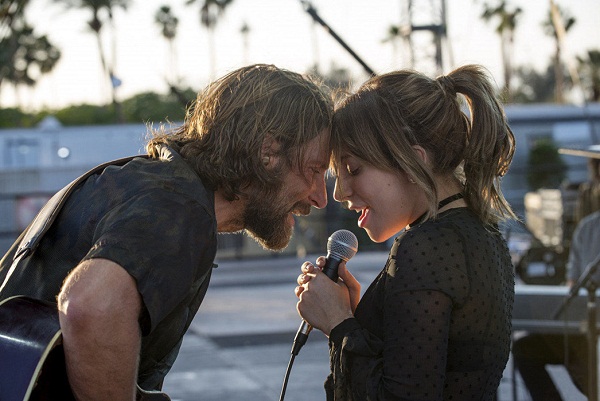 A Star is Born. Bradley Cooper directs and stars with Lady Gaga, in her first leading role in a major motion picture. In this new take on the tragic love story, he plays seasoned musician Jackson Maine, who discovers and falls in love with struggling artist Ally (Gaga). She has just about given up on her dream to make it big as a singer… until Jack coaxes her into the spotlight. But even as Ally’s career takes off, the personal side of their relationship is breaking down, as Jack fights an ongoing battle with his own internal demons.

The Nun. Filmmaker James Wan explores another dark corner of that universe with “The Nun.” When a young nun at a cloistered abbey in Romania takes her own life, a priest with a haunted past and a novitiate on the threshold of her final vows are sent by the Vatican to investigate. Together they uncover the order’s unholy secret.

The Meg. In this science fiction action thriller, a deep-sea submersible has been attacked by a massive creature, previously thought to be extinct, and now lies disabled at the bottom of the deepest trench in the Pacific…with its crew trapped inside. With time running out, expert deep sea rescue diver Jonas Taylor (Jason Statham) is recruited by a visionary Chinese oceanographer (Winston Chao), against the wishes of his daughter Suyin (Li Bingbing), to save the crew and the ocean itself from this unstoppable threat: a pre-historic 75-foot-long shark known as the Megalodon.

Crazy Rich Asians. This comedy follows native New Yorker Rachel Chu (Constance Wu) as she accompanies her longtime boyfriend, Nick Young (Henry Golding), to his best friend’s wedding in Singapore. Excited about visiting Asia for the first time but nervous about meeting Nick’s family, Rachel is unprepared to learn that Nick has neglected to mention a few key details about his life. 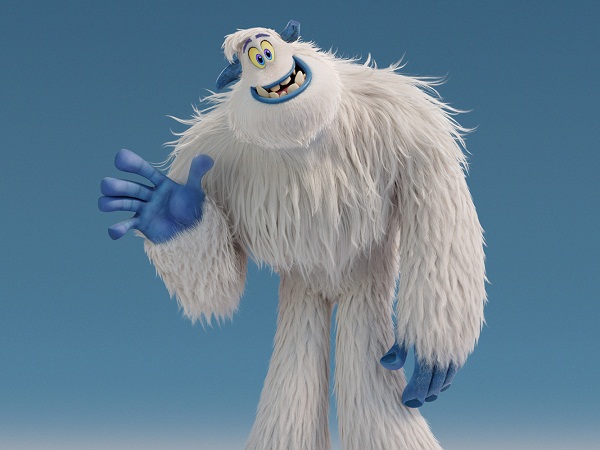 Smallfoot. An animated adventure for all ages, with original music and an all-star cast, the is animated comedy turns the Bigfoot legend upside down when a bright young Yeti (Channing Tatum) finds something he thought didn’t exist a human.

Mowgli. Blending live action and performance capture, the action-adventure features an impressive roster of stars, including Christian Bale and Cate Blanchett and Benedict Cumberbatch. The story follows the upbringing of the human child Mowgli, raised by a wolf pack in the jungles of India. As he learns the often harsh rules of the jungle, there may be greater dangers lurking, as Mowgli comes face to face with his human origins.

Tag. Based on a true story, this comedy shows how far some guys will go to be the last man standing. For one month every year, five highly competitive friends hit the ground running in a no-holds-barred game of tag they’ve been playing since the first grade risking their necks, their jobs and their relationships to take each other down with the battle cry: “You’re It!” This year, the game coincides with the wedding of their only undefeated player, which should finally make him an easy target. The ensemble cast led is by Ed Helms, Jake Johnson, Annabelle Wallis, Rashida Jones, Isla Fisher, Leslie Bibb, Hannibal Buress, with Jon Hamm and Jeremy Renner.

Teen Titans Go! To the Movies. When the Teen Titans go to the big screen, they go big! The comedy finds our egocentric, wildly satirical Super Heroes in their first feature film extravaganza—a fresh, gleefully clever, kid-appropriately crass and tongue-in-cheek play on the superhero genre, complete with musical numbers.