Why Don’t We Debut “Talk”

Atlantic recording group Why Don’t We have premiered their brand new track “Talk,” available now at all DSPs and streaming services. Arriving last Friday, the song shot to #1 on iTunes’ Overall Songs chart, ahead of artists such as Maroon 5, Cardi B and Drake among others. Meanwhile, the song’s companion video – shot during the group’s sold out European tour, taking fans behind the scenes with these rising superstars – is streaming now on Why Don’t We’s massively popular YouTube channel, already boasting 1.2 million views – watch here.

The arrival of “Talk” follows the band’s widely sold out North American and European legs of their headline “Invitation Tour” and release of “Hooked” – which was praised as an “undeniable earworm” by TIME and boats over 8 million views on YouTube alone. The group also recently received two nominations at the 2018 Teen Choice Awards, including Choice Music Group and Choice Song: Group (“Trust Fund Baby”). Why Don’t We will return to NBC’s TODAY on September 3 for a special Labor Day performance, outside in Rockefeller Plaza as part of this summer’s “Citi Concert Series on TODAY.” 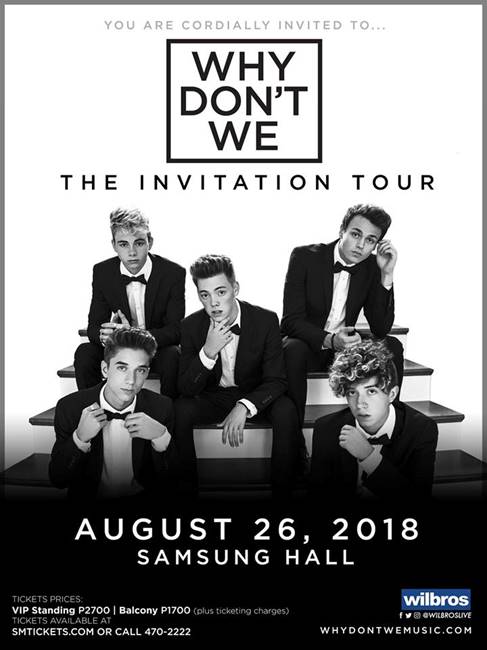