LA Santos, the singer behind the hit song Tinamaan, is a testament to how powerful music is. The singer admits music has done a lot of good things to his young life. “I am able to express myself through music. It is said that music is a universal language. There is a song for every emotion, whether you are happy, depressed, in love, heartbroken, angry. It also helps you compose a song because may hugot ka. I get lost when I sing. I let people know who I am and how I feel through the songs I sing. In fact, I am a living example of the healing power of music,” LA shares. 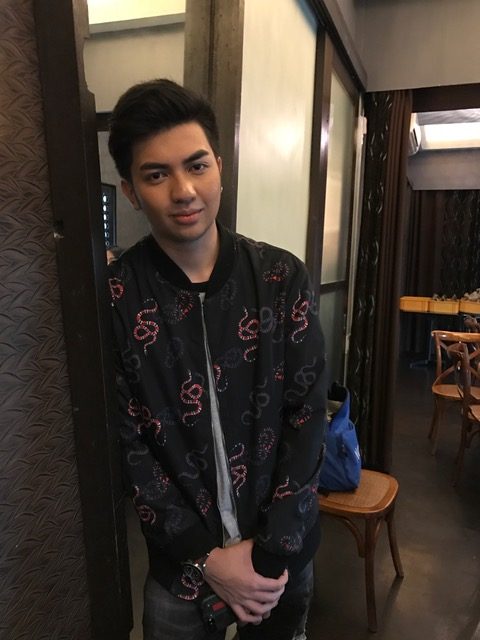 The Star Music recording artist has a self-titled debut album which contains six originals (Tinamaan, Ikaw Kasi, One Greatest Love, Bakit Pag-Ibig, Miss Terror, and Mine) and three covers (Bruno Mars’ When I Was Your Man, Sarah Geronimo’s Forever Is Not Enough and Angeline Quinto’s Hanggang Kailan).

LA just recently finished a two-night mini concert at The Music Hall @ Metrowalk with the SRATS (the young stars of Asian Artist Agency). Soon, they will be trooping to SM Center Sangandaan on June 30. “It’s fun to work with SRATS. I’m looking forward to our next collaborations.”

LA has found his niche in music and is carving a name for himself. Aside from performing on Ian Veneracion’s first major foray into concerts, LA staged a sold-out major solo concert titled #Petmalu at the Music Museum which one concert goer described as “malupet.”‘

While he is happy to share his passion for music, LA admits there are challenges that he has to face. “Actually, it’s difficult na pagsabayin ang studies and singing career. I am in my senior high at UST. Minsan nagkakasabay ang pag-aaral for an exam and rehearsal for shows. I don’t want to sacrifice iyong isa over the other. I have to balance my priorities and follow a strict schedule if I want to succeed in both my studies and career. At first, it was really hard especially when you have to wake up early for class after coming home late at night because of a commitment. I’m used to this routine now. I don’t regret any single thing. Who am I to complain? I’m grateful to be given these opportunities.”

LA also talks about his mother, Florita Santos. “I love my mom! Her unconditional love inspired me to dream big for myself, to conquer my fears, and to be the best version of myself. She is my biggest fan. Whenever I look in front of the stage, my mom is there, busy taking pictures and videos. I want to tell her that I love her and I’m thankful for all the sacrifices she has done for me.”