After its triumph at the Autumn Selection, “Quezon’s Game” will go on to compete with other quarterly winners. Cinema World Fest will choose its favorite films from the year and screen them at a gala event at the Heron Amphitheatre in Ottawa, Canada in 2019. The audience will choose their favorite and a prestigious CWFA Trophy will be awarded. 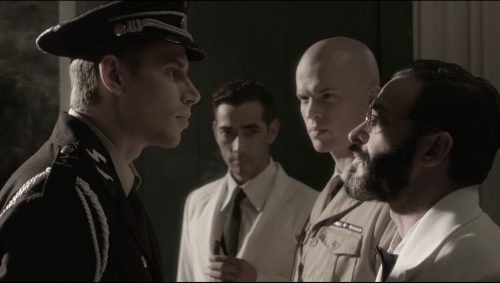 Inspired by true events, the period movie earned an Award of Merit for Drama Feature while its lead actors, Raymund Bagatsing, in the titular role of Manuel Quezon, and Rachel Alejandro, who played his wife, Aurora, won the Award of Excellence for Actor and Actress, respectively.

American actor Billy Gallion, who played the American businessman Alex Frieder who helped Quezon in the historic undertaking, took an Award of Excellence for Supporting Actor.

Winning an Award of Recognition for Directing is Matthew Rosen, an award-winning TV commercial and music video director and pioneer in the data post-production field.

In the rarely told epic story of heroism that began in 1938, Manuel L. Quezon joined future U.S. President Dwight Eisenhower, and several other notable figures to rescue Jewish refugees from Germany and Austria. Faced with mounting obstacles—including Quezon’s battle with a relapse of tuberculosis—the group fought through and saved around 1,200 refugees.

It is said that in his final days, Quezon asked the question “Could I have done more?” as he recounted one of the least known, but most inspiring stories in Philippine history.

“Quezon’s Game” will make its Philippine premiere this year in theaters and will also be available on iWant after its theatrical run.