America’s Got Talent Season 14 Returns With A Bang This May; Boasts New Host And Judges 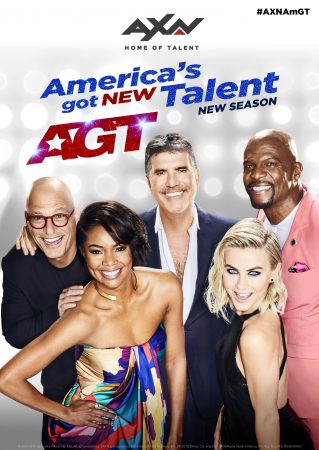 America’s top variety competition series, America’s Got Talent, is set to hit the screens with its 14th Season at the end of this month.

A stark departure from its previous seasons, fans of the global ratings juggernaut are in for a big surprise as the upcoming season will bring with it a few changes including a fresh host and two new judges.

“Brooklyn Nine-Nine” star Terry Crews will take over Tyra Banks as host of the hit series, a role he is familiar with, having emceed the highly rated spinoff “America’s Got Talent: The Champions”. Meanwhile, award-winning actress, author and producer Gabrielle Union as well as actress, dancer, singer and Emmy Award-winning choreographer Julianne Hough will debut as the series’ new judges, alongside executive producer Simon Cowell and fan favourite Howie Mandel, to shake up the judges’ table.

Union and Hough will replace singer Mel B and model Heidi Klum who had both been sitting on the judges’ panel since Season 8. Together, the refreshed panel of judges will sift through hundreds of auditions nationwide in search of the most unique, jaw-dropping and show-stopping performers worthy of the chance to be crowned as the ultimate winner of America’s Got Talent.

“The Got Talent is indeed a successful reality format due to its ability to move and bring fans and participants together despite of cultural and geographical differences. This year, we’re looking forward to the new and bold changes that America’s Got Talent Season 14 has to offer. It’ll be another season of surprising highlights, wild and unimagined discoveries and tons of chatter. Seasons after seasons, we will continue to build AXN as the Home of Talent,” said Virginia Lim, Senior Vice President & General Manager, Distribution and Networks, Sony Pictures Television.

Once again, this year’s series promises to be a season of spectacular talents and extraordinary participants. Fans can catch the brand-new season of America’s Got Talent from Thursday, 30 May 2019 at 6pm (5pm JKT/BKK) on AXN, within 48 hours of the U.S. telecast. Same-day encore telecast is available at 8pm (7pm JKT/BKK).