Some 16,000 Bacolodnons trooped to the recent concert series of the Philippine Philharmonic Orchestra (PPO), the national orchestra of the country and resident company of the Cultural Center of the Philippines (CCP) in the city.

The PPO performed at the SMX Convention Center Bacolod last January 31, 2019 for 4,000 audience members, and at the Bacolod City Government Center (BCGC) grounds last February 1, 2019 where 12,000 people filled the venue and spilled to the streets. 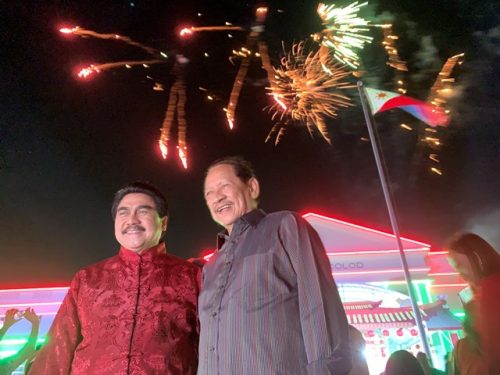 The Bacolod concert turnout brings the aggregate audience count to 55,000 from 11 tours spread across Davao
City, three towns in Antique, Baguio City, the University of the Philippines (UP) Diliman campus, the University of
the Philippines-Philippine General Hospital (UP-PGH), the Department of National Defense (DND), Nueva Ecija,
Iloilo, and Bacolod City. Most audience members gathered by the tours, which started in 2018, watched the PPO
for the first time. 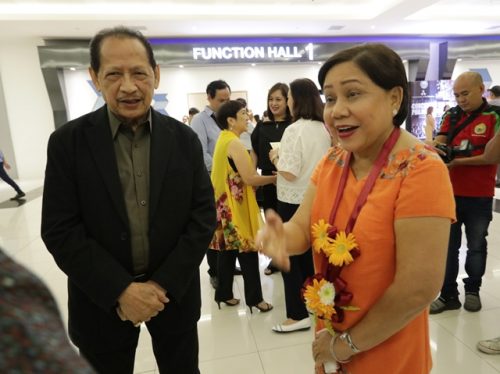 PPO resident conductor Herminigildo Ranera opened the first part of the repertoire with Jasmine, a traditional Chinese folk song, followed by light classics and popular music. The second half of the repertoire had selections from Johann Strauss, Jr. and other classical music with PPO music director and principal conductor Yoshikazu Fukumura.

The two (2) PPO concerts were held to celebrate the Bacolaodiat Festival. The annual fest which started in 2006 comes from the portmanteau of Bacolod and Lao Diat, a Fookien term which means celebration. It is a week-long celebratory occasion timed for the Chinese New Year. The Chinese New Year officially began on February 5,
ushering in the Year of the Pig. The Bacolaodiat Festival officially kicked off last February 1 and ended last February 5. 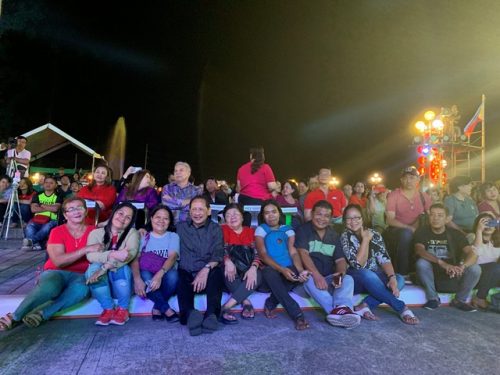 CCP President Arsenio J. Lizaso (fourth from left, seated) with some of the audience members that comprise the 12,000-strong crowd at the “Concert of the Philippine Philharmonic Orchestra” in the Bacolod City Government Center (BCGC) grounds on February 1, 2019. (CCP Photo)

The concert series forms part of the outreach program of the CCP under the helm of its president Arsenio J.
Lizaso. The primary objective of the outreach program is “to bring PPO closer to the broader audience in Metro Manila and the provinces.” The program is likewise in line with the PPO Audience Development Program geared toward educating Filipino audiences in symphonic music particularly the youth from public schools and state universities, which are the main beneficiaries of the orchestra.

“The Bacolod local government and the CCP are one in promoting the Philippine arts and culture, in this case orchestral music, toward a united country. The arts is a great unifying force. In that moment when we are all experiencing the beautiful music of the PPO, our differences are muted, and our oneness comes to the fore,” Lizaso said.

On the part of Bacolod, Mayor Evelio Leonardia has this to say: “We initiated the visit of the musical ensemble because we believe that Bacolod has grown in all aspects, including culture. We have invited the barangays to watch the concert in the BCGC grounds, and they are all excited to experience the music of the PPO.”