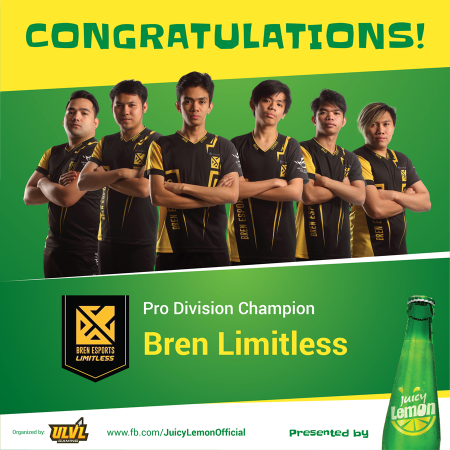 Bren Limitless took over the Pro Division category and bagged consecutive wins in a best-of-five game against competitor Aether. The team won the coveted trophy and Php100, 000 cash prize for championing the Grand Finals. 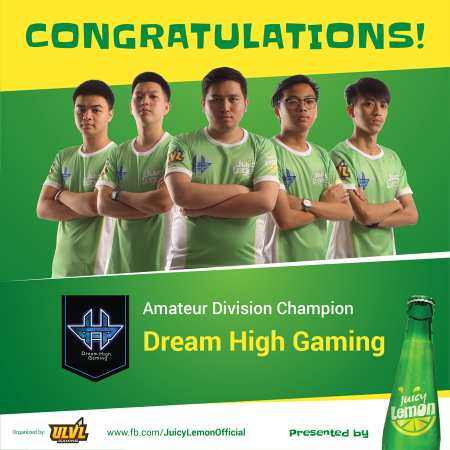 Known as the underdog in tournaments, Dream High Gaming, on the other hand, proved detractors wrong when the team topped the Amateur Division and took home Php50, 000. Liquid and Finesse Titans won second and third place, respectively, with Php20, 000 and Php10, 000 each.

Allen Baloy, also known as G r e e d of Dream High Gaming, expressed his joy in winning the tournament despite being labelled as the underdogs. According to him, tournaments like this serve as a platform for e-sports athletes in the country to grow and showcase their skills.

Hosts Roadfill from the popular comic duo Moymoy Palaboy and founder of ULVL Gaming, and Kimbee hyped up the event as fans and avid gamers witnessed the battles between teams. Being a gamer since his childhood, Roadfill mentioned that he has always wanted to establish a group that supports e-gamers in the country. 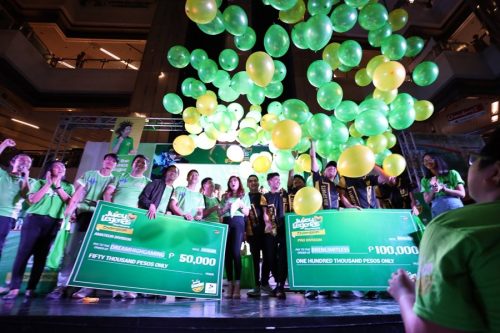 “We really wanted to do e-gaming and we were looking for a good partner to tie up with Juicy Lemon. We figured this tournament would be a good fit. E-sport now is gaining attraction. We wanted to encourage that and to promote sports of different types. E-sports promote teamwork, sportsmanship, and resilience. I think the younger generation has different ways of understanding, doing and showing these values. Playing sports and e-sports would be some of the effective ways to hone them more,” said James Loverio, Head of Marketing, ARC refreshments Corporation.