ABS-CBN subsidiaries Creative Programs Inc. (CPI) and SKY Cable Corporation pledged support to the Philippine Cable Television Association (PCTA) for the organization’s forthcoming convention and exhibit to be held at the SMX Convention Center from April 2 to 4.

SKY Cable and CPI will be having their respective interactive booth displays showcasing their products and latest offerings as they join this year’s “Philippine Premiere Cable TV Convention” in the theme “Internet Exchange: Let’s get it on!”

Tackling conflicts arising from Internet service coming to the fore, the gathering will also discuss the opportunity of spreading wings beyond cable TV and going online, to foster the blossoming business of content delivery.

CPI will also host a kick-off party on April 1 for its cable operators and clients, featuring performances of various Kapamilya artists and meet-and-greet sessions with some of the channel personalities, happening at Islas Pinas in Pasay City. 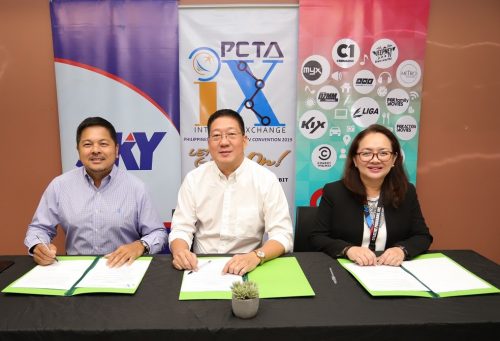