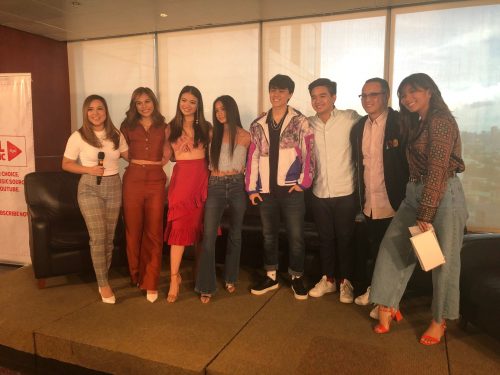 The channel also introduced its latest online playlist hub, All Music MYX, a new YouTube channel purely devoted to MYXclusive musical performances from Pinoy and international acts. All Music MYX includes fresh and throwback vids from the channel’s extensive archive, making it a leading music source in the country today.

Debuting on All Music MYX is the all-new MYX Live! A brand new episode of MYX Live! drops every Thursday on All Music MYX before its television premiere on Sunday at 8pm. Franco, Shanti Dope, IV Of Spades, and Kyline Alcantara are among the featured performers on MYX Live! this season.

MYX welcomes “Hiwaga ng Kambat” star and now VJ Edward who is all set to employ his hosting skills and exude his charm even more while introducing videos and hosting special segments on the channel.

According to Edward, he’s been eyeing the MYX VJ job for quite some time. He said, “I wanted to join MYX after I guested as a MYX Celebrity VJ a couple of years ago. I just didn’t have the chance or the guts to do it until now!”

“I’ve always been a shy person, and until now I still am. Hosting is so far out of my comfort zone but I realized it’s something I want to work for,” added the Fil-German heartthrob who’s been a fan of rap and hip hop since he was a kid.

Singer-songwriter Ylona, meanwhile, adds video jock to the many hats she wears as she embraces the challenges in various MYX shows.

“I’ve always admired VJs because they’re all about bringing good energy. The type of host I’d love to be is super chill and nothing but good vibes,” promised the youngest member of the new MYX crew.

As a budding musician herself, VJ Ylona would love to interview her idols like Billie Eilish, Christina Aguilera, The Weeknd and Kanye West. “Mostly just to ask why they keep doing what they do and how they do it. And I am in absolute awe of their artistry,” she explained.

VJ Anton, a charming boy-next-door from Ateneo de Manila University, welcomes the opportunity to talk about his love for music as one of the newest MYX hosts. He is a former radio student jock who also joins the weekly podcast of his mom, bestselling author Rose Fres Fausto, on financial matters. 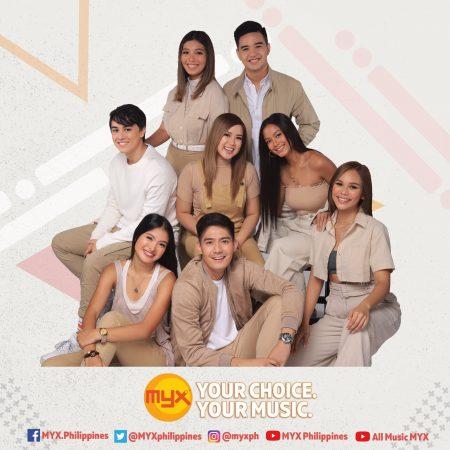 Subscribe to All Music MYX on YouTube and check out the new MYX crew! Watch MYX on ABS-CBN TVplus channel 12, SKYcable channel 23, and SKYdirect channel 37.