Lets hear it once more for the titos of Manila!

What started out two years ago as a feel-good, tongue-in-cheek stage musical tackling the joys and pains of growing old has garnered acclaim from Gen Xers and millennials alike. 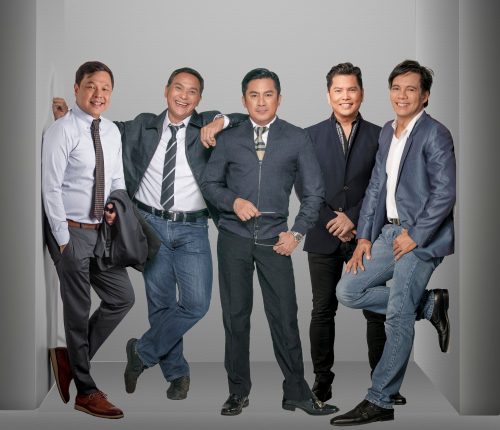 D.O.M. tackles the wacky misadventures of tito-hoodalways a trend- and meme-worthy topic on social media. Playfully naughty and irreverent, the musical takes a peek into the personal struggles of five men dealing with middle age crisis and all its telltale signs.

Spotlight Artist heads Robert and Isay Alvarez-Seña are excited about the continuing evolution of their very first original OPM musical.

Isay shares, “Based on our experience from the last two runs, the audience can relate to the comic real-life sketches, whether they be millennials or the so-called titos and titas of Manila. This time, were excited to have Jett Pangan (lead vocalist of The Dawn) as part of the cast, and were sure that his fans will see a different Jett this time, singing and dancing with the rest of the boys.”

The couple mounted their Mr. & Mrs. Seña concert series at the CCP last September, and are likely to pursue their respective TV acting projects this year.