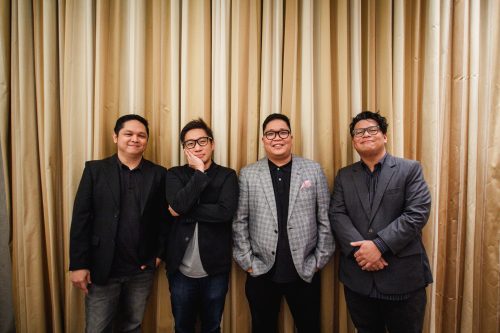 From the moment they first came together in 1996, Jugs Jugueta, Jazz Nicolas, Chino Singson, and Kelvin Yu have been churning out catchy Filipino rock songs. Known for hits like Akin Ka Nalang, Beer, and Gusto Ko Lamang Sa Buhay, the band has garnered a wide fanbase through the decades.

In 2016, The Itchyworms entered their song Di Na Muli, into the 5th PhilPop Music Festival, where it won the grand prize. In 2018, the song’s music video became the first-ever music video shot inside the Cultural Center of the Philippines. That same year, the song was given new life in the official soundtrack of the film Sid & Aya (Not A Love Story).

#FeelTheShangVibe with The Itchyworms live at the Shang, performing sentimental ballads and infectious rock jams.