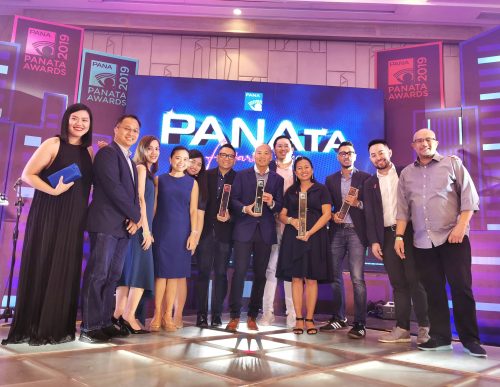 Durex, the world’s leading condom brand, proudly took home a crop of plum honors for the #AlwaysComePrepared campaign in the recent PANAta Awards 2019, held at the Marquis Events Place, BGC.

An initiative of the Philippine Association of National Advertisers (PANA), the prestigious PANAta Awards, now on its 11th year of championing brand building, honors the brilliance of people and organizations—game changers—behind the industry’s most successful and innovative brand-strengthening campaigns.

As a Brand Builder Champion, Durex received the second highest honor of the night next only to the Grand PANAta: The Brand Rookie of the Year award (new brands that have entered the market in the past year and shown success in its launch based on the criteria given). Durex also received 3 bronze awards for Excellence in Brand CSR, Excellence in Brand Positioning, and Excellence in Customer Empowerment, all significant accolades.

“It’s truly an honor for us to receive these top awards from the PANata 2019,” says Karol Canlas-Apelo, senior brand manager, Durex Philippines. “This recognition serves as a testament to the creative efficacy of the #AlwaysComePrepared campaign, in our desire to educate young adults by bringing the HIV threat into a more understandable level.”

The #AlwaysComePrepared campaign, executed in partnership with the Department of Health, NGOs such as UNAIDS and LoveYourself Foundation, plus the support of Boys Night Out as brand ambassadors for the advocacy, was launched in response to the alarming rise in HIV cases in the country—with 31 people diagnosed daily as of 2018, a +174% increase—and the real and immediate need for safe sex in the Philippines.

The campaign has also helped relieve the stigma associated with discussing HIV, bringing out into the open discourses on what has been taboo subject matter.

“I wish to extend my congratulations to the men and women of Durex and the people behind the campaign,” says Dr. Louie Ocampo, Country Director, UNAIDS. ”Indeed, this award should serve as further inspiration as we bring to fore the pressing issues concerning HIV.”

With the mission of educating on the relevance of proper protection, the campaign employed fun and relevant social media content, as well as celebrity influencers to help drive buzz on the advocacy, resulting in positive sentiments. University tours with relevant talks, sample distribution and HIV tests were also conducted, along with a call center activation event.

Team Orange 03 Apr 2020 0 comments
Conscious of the social and environmental problems the society of today exposes its inhabitants, The Body Shop has been one of the pioneers of sustainability. With that, it constantly seeks…

Team Orange 03 Apr 2020 0 comments Music
Sarah Geronimo is now a TNT Ka-Tropa. TNT, the Filipino people’s brand, is welcoming the country’s Popstar Royalty into its family. Sarah has also joined TNT to help in its…

Team Orange 03 Apr 2020 0 comments Banking & Finance
With a growing spread of coronavirus and social distancing globally, people are increasingly searching for digital services able to meet their current needs in food and essentials, healthcare and finance.…

Team Orange 03 Apr 2020 0 comments Press Releases
OPPO is one with the Filipinos in actively combating the COVID-19 pandemic. In line with this, OPPO is offering a warranty extension program for all OPPO users and dealers affected…