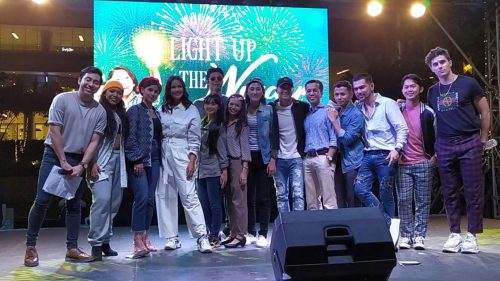 CULION, an official entry to the Metro Manila Film Festival is a period piece set in the once popular leper colony of the same name, stars Iza Calzado, Jasmine Curtis-Smith and Meryl Soriano featuring the movie comeback of John Lloyd Cruz.

In partnership with Filinvest City Lights of Wonder, media and the general public were invited to the official Kick Off Cast Party and enjoyed a mini program presented by the whole cast and production of CULION.

Special games, media interviews and cast engagement took place. This was culminated by the Christmas Light Show that served as a perfect backdrop for the event set at the Christmas Village located at the Set against a Water Garden of Filinvest Festival Mall.

Families and friends can still watch, touch, feel and enjoy the holidays with life-sized Christmas installations, Christmas Light Show including a magnificent 42-foot tree all set in a Magical Christmas Village from now until December 31, 2019.

Culion is written by Ricky Lee, directed by Alvin Yapan and produced by Black Maria Pictures. Catch its theater run starting in all theaters nationwide.