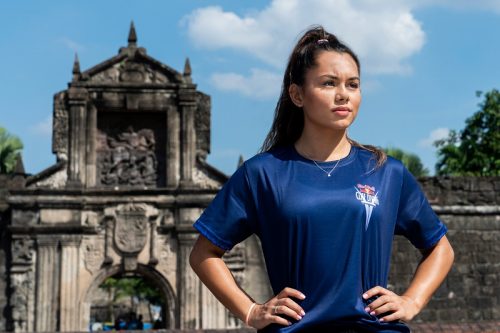 As the only Asian stop on the 2019 tour, the Philippine debut of the Red Bull Cliff Diving World Series has become a long-overdue homecoming for 20 year-old Filipino-Australian cliff diver, Xantheia Pennisi.

Driven by the support of her mother, a native of Tarlac, Philippines, Pennisi is honored to be the 1st diver of Filipino descent to compete at the Red Bull Cliff Diving World Series. “Everything happens for a reason, and this stop happened for me,” says Pennisi. “I will be diving for my family and my biggest supporter, my mum.” 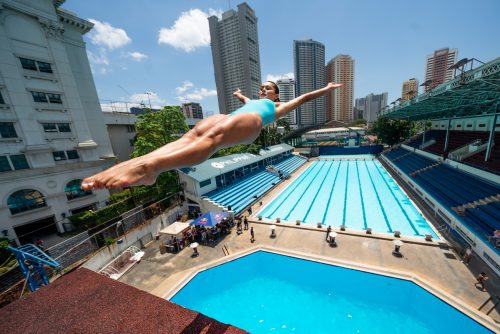 Xantheia Pennisi was raised in Brisbane, Queensland, Australia and became immersed in sports at the age of 4. Pennisi began high diving as a teen and immediately established herself as a favorite among her coaches and peers. Not long after, she was introduced to three-time Red Bull Cliff Diving World Series Women’s Champion and fellow Aussie, Rhiannan Iffland, and “immediately wanted to be a part of this amazing sport!” 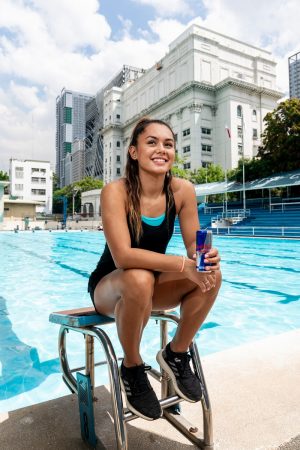 Pennisi made her official debut at last year’s Red Bull Cliff Diving World Series as a Wild Card entry at the sixth stop in Mostar, Bosnia and Herzegovina. Still a newcomer to the sport, Pennisi is focused on building on the success of her rookie season.

“For me, this year is still about learning the sport of cliff diving,” says Pennisi. “I have only been cliff diving for less than a year, so I am focusing on doing consistent dives and getting high scores. I don’t have the biggest dives yet, but I am working on them. My goal is to place in the top 5 at all the competitions.”

To prepare for the season kick-off in El Nido, Pennisi has been training six times a week to build core and leg strength, while mastering the execution of dives and somersaults.

“Once you have your fundamental diving skills, being consistent and confident with those dives on the lower boards will make a huge difference with the high dives,” adds Pennisi.

For the newly-vegetarian cliff diver, the return to the Philippines is also a chance to enjoy some of her favorite things about the country.

“I love the exotic fruit, especially green mango – they are my favorite!” shares Pennisi. “I love the local markets and street food. The warm weather and all the incredible beaches are a great bonus, but seeing my family is my favorite part of the Philippines.” 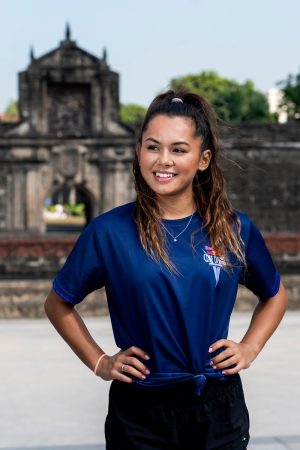 When asked about the competition, 20-year-old Xantheia Pennisi is excited and ready to make her long-awaited return to the Philippine for the kick-off of the 2019 Red Bull Cliff Diving World Series.

“I haven’t been in the Philippines since 2012, and I cannot wait to be back!” says Pennisi. “I feel very special to be representing Australia and the Philippines. I know my family are supporting me, and I want to make them proud.”

Catch the live broadcast from El Nido at Red Bull TV, Facebook and YouTube on April 12th, 2019. Viewers in the Philippines may also watch the full event, along with the remaining six stops of the 2019 World Series, on S+A and iWant Sports (iwant.ph), 5PLUS and 5plus.com.ph, FOX Sports, FOX Sports GO, FOX+ app, online at http://www.foxsports.ph, and on iFlix VOD service.