The Hasty Pudding Theatricals, the oldest theatrical organization in the United States, welcomed two-time Emmy-nominated actor MILO VENTIMIGLIA to Harvard University where he received his Man of the Year award. 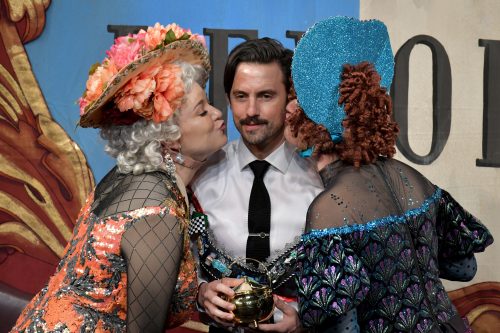 The Hasty Pudding Theatricals’ Man and Woman of the Year Awards are presented annually to performers who have made lasting and impressive contributions to the world of entertainment. The Man of the Year award was established in 1967. Its past recipients include, among others, Clint Eastwood, Tom Hanks, Robert DeNiro, Harrison Ford, Justin Timberlake, Robert Downey Jr., Joseph Gordon-Levitt, and most recently, Paul Rudd, the 52nd Man of the Year. 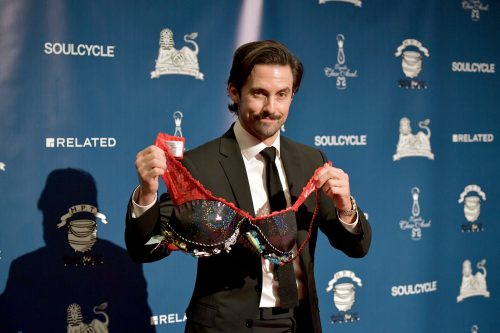 The Man of the Year festivities, presented by RELATED, Equinox, and MAC Cosmetics, started early in the day, when Mr. Ventimiglia was given a tour of Farkas Hall and the Hasty Pudding Clubhouse, followed by a private seminar with the members of the Hasty Pudding Theatricals. In the evening, Mr. Ventimiglia was given the Pudding’s traditional roast and was then made to earn his Pudding Pot as part of a big fight with Rocky Balboa, his fictional father in the Rocky and Creed movies. Some of the tasks that Mr. Ventimiglia had to perform were to sing to a “Big Girl” from his performance in Fergie’s music video for “Big Girls Don’t Cry,” give a lap dance in order to compete for the title of Sexiest Man Alive, and to rap the entirety of the theme song of the Fresh Prince of Bel-Air. After receiving his award, Mr. Ventimiglia stated that he was “honored to be given this [award] by the future of theater, the future of the world.”

A press conference followed the presentation. To close out the festivities, the Hasty Pudding Theatricals members gave the opening night performance of their 171st production, France France Revolution, the historic first with casting open to all genders.