“Hello, Love, Goodbye”: Finding Love, Pursuing A Career, And Life Happening In Between

Love and career are two of the important things that most people consider in making major decisions in their lives. Most generations were asked which they prioritize and often their answers vary—but what does the younger generation get to say about this topic?

TFC asked two young overseas Filipinos to answer the question “what will you choose, love or career? Why?”

Snooky, 27, from Japan, chose career. She explains: “Love can come anytime, while you have to build your career from scratch until you reap what you sow. Also, frankly speaking, nowadays there is a bigger chance to find an ideal partner once you are financially stable. It makes me feel happier and satisfied to attain my personal goals in life first before settling down.”

On the other hand, Bianca, 28, from Canada chose love over career. “I’ll choose love because this will make me the happiest. I feel that love can give me the more genuine kind of happiness, while my career is only fulfilling the ambitious side of me. Love is a complete package even in its simplest form,” she explained. 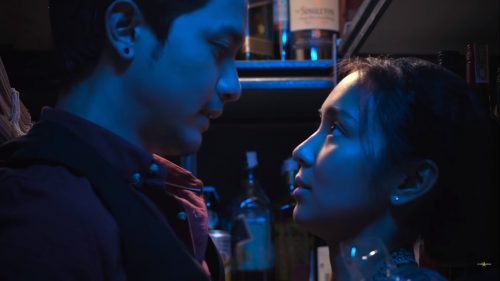 This is the dilemma that the characters of Kathryn Bernardo and Alden Richards are facing in the Star Cinema film “Hello, Love Goodbye”, written by Carmi Raymundo and under the direction of the multi-awarded and blockbuster director Cathy Garcia-Molina.

Joy (Kathryn) and Ethan (Alden) are two overseas Filipinos in Hong Kong with different goals in life. Joy is a domestic helper who is determined to do everything to have a better life, compared to the life she had as a child. While Ethan is a bartender who is building a permanent life in Hong Kong but has always been afraid of commitments.

In the process of getting to know each other, Joy and Ethan also discover new things about themselves, which could possibly affect the plans they have with their respective lives.

“Hello, Love, Goodbye” marks the first time that two of the prime stars today from Philippines’ media giants, ABS-CBN and GMA, are working on one project that tackles the lives of the overseas Filipinos.

“I appreciate the OFW more after seeing how hard their life is,” Kathryn said about portraying the life of an overseas Filipino. “In Hong Kong, they live a fast-phased life because they need to save. This movie opened me to different things and experiences that I can say made me whole. I salute the OFWs.” 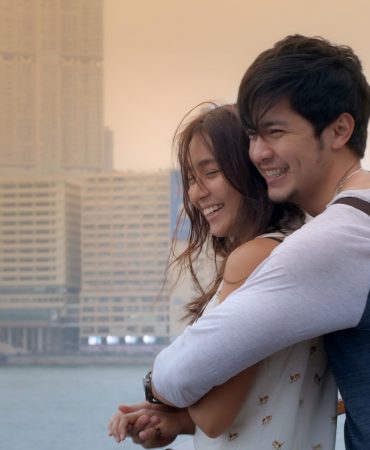 On the other hand, Alden shared a bit what the audiences will expect in watching the film. “With this movie, the audience will see the struggles and the good side of being an OFW. Also, they will see how they evolved from the usual OFW whose only concern is the welfare of their family into someone who also thinks of their self,” he said.

Get a glimpse on the life of the overseas Filipinos and how it has changed over the years via the film “Hello, Love, Goodbye” as it screens in the different regions on these dates: August 1 in Papua New Guinea; August 2 in Saipan and Guam; August 4 in Norway; August 8 in the Middle East, Australia, New Zealand, Singapore, and Brunei; August 9 in the U.S., Canada, and Tel Aviv, Israel; August 10 and 11 in United Kingdom; August 11 in Ireland, France, Austria, Italy, Malta, and Taiwan; August 18 in Hong Kong; August 23 in Malaysia; September 1 in Spain and Japan; September 9 in Greece; September 28 and 29 in South Korea; and coming soon in Indonesia, Myanmar, Thailand, and Vietnam.