iflix, Southeast Asia’s leading entertainment service, recently announced its partnership with Lyf, a multimedia production company, to  deliver fresh, innovative and relevant programs and inspirational stories on a dedicated branded-channel across the Philippines, for free. 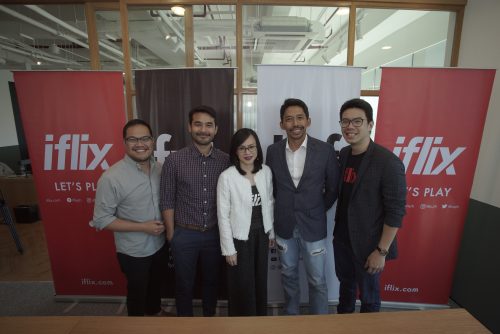 From today, all iflix users will have access to the new channel that features Lyf’s most popular and flagship programs, including Fyt, 360 Perspective with Atom Araullo, Lyf Features, Insights, and many others. The portfolio will soon expand to include lifestyle content including health and wellness, food, and travel.

The brainchild of journalists and multimedia producers Rupert Ambil, Voltaire Tupaz, Zak Yuson and multi-awarded documentarist Atom Araullo, Lyf formed in 2018 with the goal of creating hyper-local and highly collaborative content that will can positively impact the community at large. Joining forces with fellow passionate and creative storytellers, they have put together a roster of hard-hitting features alongside travel, food, and other lifestyle programs.

Fyt Features highlights novel and aspirational human interest stories that demonstrate humanity’s ambitions, perseverance and resilience. Among these stories is a mother who persevered to finish high school with her daughter (Ang Pagtatapos ni Mommy Mags); the life of a transgender parent (Father’s Figure); young storm survivors building new memories through pictures (A-Frame Project); and the historic return  of the war trophies from Samar (Balangiga Bells’ Homecoming).
On Lyf’s Insights (Season 1), award-winning sociologist Nicole Curato tackles mental health issues from busy cities to conflict areas in the Philippines. She sparks conversations with ordinary folks and shares insights on what can be done in the midst of challenging social environments. In the first episode, Insights from Marawi, Curato asks “Can survivors of violent conflict find a voice amidst unspeakable pain?” following the bloody siege of Marawi two years ago.

Georgette Tengco, Head of Content and Marketing – iflix Philippines stated that “iflix is committed to delivering our audiences across the Philippines the best in local storytelling for free and we are very proud and excited to welcome Lyf’s provocative, boundary-pushing and inspirational factual programming to our growing library for their enjoyment.”

Atom Araullo, Co-founder – Lyf encourages everyone to watch the Lyf Channel on iflix, saying that “On fyt you can expect stories of courage in our everyday lives, and on lyf you can find inspirational stories about people, places and ideas.”