Two weeks before the upcoming midterm elections, Greenpeace Philippines, together with Amnesty International Philippines, People’s Food Movement, Green Thumb Coalition, and the Public Affairs Ministry of Our Lady of Remedies Parish launched the #IsyuHindiKandidato initiative, which seeks to highlight important issues that should take the center stage this May.

#IsyuHindiKandidato seeks to break through the usual election season noise–the campaign slogans and jingles, candidates’ qualifications, weightless promises–and steer the discourse towards the issues and concrete solutions needed NOW. The initiative will highlight the importance of empowering and giving hope to citizens and frontline communities, especially in the realization of the constitutional rights of the Filipino people to a healthy and balanced ecology under the framework of secure, safe, livable, and sustainable cities and municipalities.

“This election will be a game changer for our country,” said Khevin Yu, campaigner for Greenpeace Philippines. “We cannot just sit and watch while politicians are engaging in nothing but mudslinging. We have to insist that we talk about issues that affect our daily lives – transportation, food, justice, security, and many other legitimate issues. Time is running out, and it is a matter of utmost urgency that we raise our voices for our issues. Our lives and the lives of our families depend on it.”

A mural, entitled ‘Portraits of Resistance’, created by artist and activist AG Saño, was unveiled during the launch. The artwork depicts the character of everyday citizens rising up because their daily lives are severely affected by decisions of elected officials who crave to hold power rather than wanting to serve the public. The Portraits seeks to subvert our personality-driven election culture away from flashy politicians and towards the people that they should be serving.

The launch was also followed by an #IsyuHindiKandidato caravan, where an e-jeep roamed the streets of Manila to rally the people to discuss legitimate issues on the final stretch of the campaign season.

One of the volunteers who joined the program is actor and satirist Rodolfo ‘Jun’ Sabayton, who uses his influence to urge the youth to speak up and have meaningful discussions about the issues that affect their daily lives.

“I have nothing to offer but my name and my actions. This election will be decided not just by the people who will cast their votes, but will also be equally decided by the apathetic, the cynical, and the uninformed. Right now, our primary duty is to educate, to discuss and, more importantly, to act and get everyone onboard as we cast our votes for a hopefully better future,” said Sabayton. 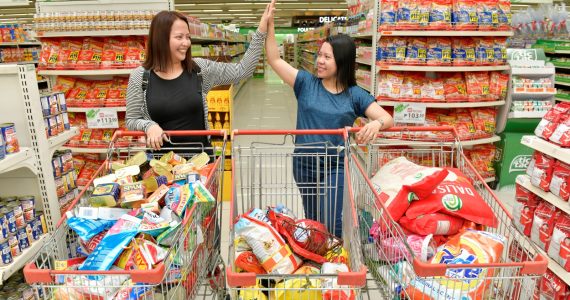 Team Orange 21 Jan 2020 0 comments
PayMaya QR is the preferred payment options for sulit queens like who is always on the lookout for the best deals for their household needs. When you #ScanToPay for…