We’re in the age where technology has become our lives. Everywhere we go and in everything we do, we rely on technology. But some of these developments have also taken its toll on our environment.

With the pollution reaching its peak, especially air pollution, what changes are we willing to make for the planet? How drastic, or maybe how simple would it be to decrease our carbon foot print?

With this in mind, there have already been business that have taken the lead in terms of saving mother earth. These include recycling, reduction of usage of plastics and other products that will further weaken our environment, and those that have stepped towards and pushed for pollution-free way of living.

What better way to save mother earth by taking it to the next level through travelling without contributing to the pollution anymore. 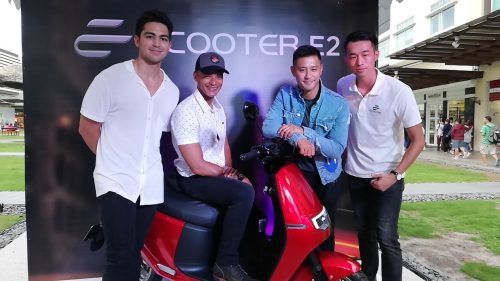 Established in 1992, Da Yang Motors has moved towards a viable solution with the release of their electronic motorcycle series in March 2017. An environmentally-friendly alternative to fossil fuel guzzling motorcycles, the Ecooter also known as “Sports Car of All Electric Scooters” was launched in the hopes of bridging the gap between our ever-growing reliance on technology and conservation of our planet. 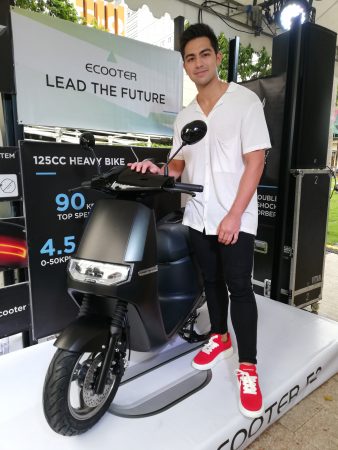 Derrick Monasterio with the Ecooter E2

Today with a joint venture with China’s top IT group and leading global suppliers, the company brings consumers the ECOOTER E2, which boasts a 4200W electric motor that reaches top speeds of 90 km/hr over the 2500W of the ECOOTER E1. The model also features a larger battery capacity for longer travel (140 km) and an ergonomic design for a relaxing and comfortable drive.

Keeping consumers in mind, the E2 is also coupled with an intelligent interactive cloud system that allows users to view real time vehicle information through the Ecooter App, providing easy monitoring and maintenance for the super scooter. And with its double parallel battery system, your Ecooter can bring you to even further mileage.

Having adventures while keeping the planet healthy has never been easier. Ride with ECOOTER now!