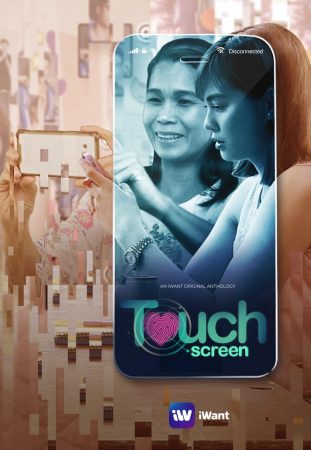 “Touch Screen,” which streams on March 6 on iWant, is a three-part anthology headlined by Janella Salvador, Pokwang, and Denise Laurel and tackles how people interact on and beyond their screens and how it affects relationships.

In the episode “Wittyrella,” teen fan girl Mandy (Janella) uses Twitter to get her celebrity crush to notice her, but finds herself in a feud with a famous three-word tweet account, only to realize that the person behind the account is someone close to her.

Pokwang, meanwhile, plays an old-school househelp who has been with a family for many years in “Vixee vs. Inday,” then finds herself neglected and undervalued when the father brings home a fully functional smart gadget named Vixee.

Online dating also takes centerstage in “It’s A Match,” where an app developer (Joseph Marco) uses a dating app for hook-ups, encounters one of his conservative managers (Denise Laurel) on the app, then makes a bet with his officemates to make his boss fall in love with him.

iWant is one of the digital initiatives of ABS-CBN, the Philippines’ leading media and entertainment company, which is rapidly transitioning into an agile digital company with the biggest online presence among all media companies, and a growing list of digital properties.

Watch these shows and more on the new iWant app on iOS and Android or access iWant through the web (iwant.ph) and register for free.